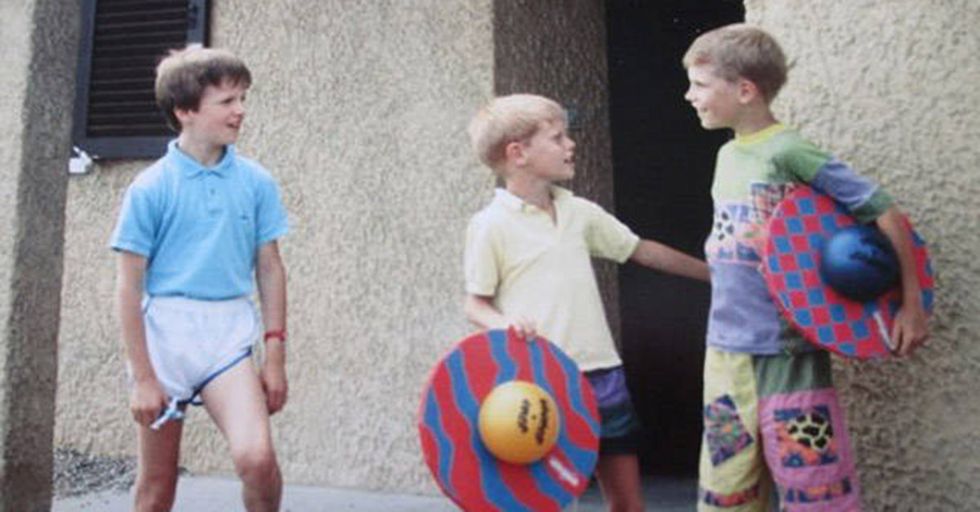 It's been long enough now that '90s kids are all grown up and looking back on their childhoods with a LOT of nostalgia.

It's only been two decades, but life has changed a lot in two decades. I mean, what are the odds that a squirt gun becomes the coolest toy of 2017? Not too likely. Well, life was different, the Internet was new and pretty useless, but kids had a lot of fun with the awesome stuff at their disposal. Take a look and see how different (and great) it was to be a kid just twenty years ago.

Zubaz pants were hot as hell, and we refuse to hear otherwise.

Pocket pets taught you about responsibility...and what happens when you spend your money on cheap electronics.

What electronics lacked in actual functionality, they more than made up for in over-the-top design.

Back when Dexter wasn't a character on Showtime...

Ok. Even I'm not going to defend this hairstyle.

So many of the best memories came from goofy little toys that didn't DO anything.

Well, well, well. What do we have here?

These things were fun, but they were only built to last about twelve minutes before something broke.

Just a couple kids, posing with Barney in front of a Jackson Pollock knockoff.

How many Super Soakers you owned was directly tied to how cool you felt.

This is what an aspiring tween web designer's efforts looked like.

These weird balancing bird things were fun...for about three minutes.

No tooth? Doesn't matter. Got a Walkman.

Pogs. Whoever invented those is an evil genius who set out to steal kids' free time.

Pogo Balls were NEVER as fun as they looked in the ads.

Dial-up speeds were painfully slow, but it made the rewards that much better.

All those emo kids? They dressed like this in elementary school.

So many cool keychains. It's a shame none of us carried keys.

How were we supposed to dress when this is what our role models wore?

This seriously could have been a promo shot for about 8,000 TV shows during that time.

Skinny hipster jeans were the natural backlash to this trend.

They weren't fun, but they got the job done.

Before you were old enough for makeup, you could play the part with these.

The Super Soaker brand wasn't going to stop until they were on the wrist of every child.

Well, we were watching Nick before and after the '90s, but that decade was its pinnacle for sure.

Sunglasses instantly made you cool.