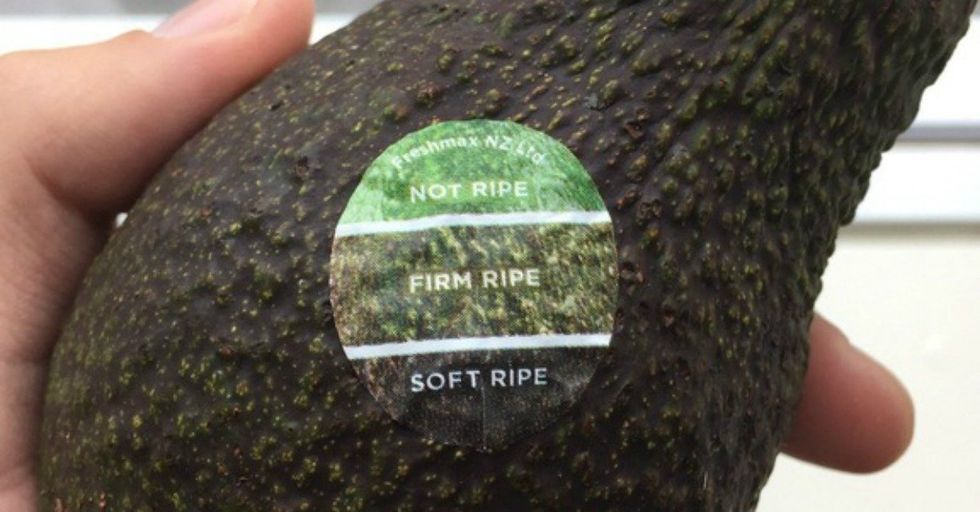 Sometimes, the smallest annoyance can throw off an entire day.

Like when strangers are probably staring at you through the crevice of the public bathroom stall so you squirm further out of view. Or when you buy an avocado and cut it open only to find it's either nowhere near ripe or far riper than you ever dreamed it would be.

Thankfully, a bunch of crafty folks all over the Internet have devised genius solutions to these such problems!

Feast your eyes on these ridiculously clever solutions to everyday problems.

Annotating's About To Get a Whole Lot Easier

Where was this when I was in high school?! Kids these days don't know how good they have it.

Take That, Purse Thieves of the World!

Nah, you're right. They could totally still grab that.

The Only Microwave There Should Have Ever Been

This will be mine one day. And that day will be grand.

If every Earth-saving tactic included free booze... ...no one would ever worry about the Earth's health ever again.

Benches You Can Sit On Even When It Rains

You just roll the rain away. But what happens once each of the sides you've rolled it to are drenched? That I cannot say.

The push handle is a hand sanitizer dispenser. Bai, viruses! See you never.

Brownies That Know What's Up

And just like that, our last lingering excuse not to tip... ...melted away.

How To Keep Your Slip N’ Slide Slick

I NEED This Soap Dish

If I had this clever contraption... ...I might actually consider investing in bar soap.

Adding this one to my Christmas list. All my loved ones, take note!

That Bread is Toast

Breakfast in bed. And also lunch in bed. And dinner. And work. Any everything. If I had this, I'd just transform into Charlie and the Chocolate Factory's grandparents.

The Best Thing That Ever Happened To Cuddling

The Ad That Just Keeps Giving

Hint: It's all the same ad. I feel tricked, and I kinda like it.

An Elevator Designed For Shopaholics

When your hands are filled with bags, you just push the elevator buttons with your feet. WITH YOUR FEET!

This vending machine is as woke as woke could be. Yaaaaaaaaas queen.

If You Need Me, I’ll Be Studying This

The Washing Machine We've All Been Craving

My dad would lose his MIND over this. He's a total stain magnet.

Filled with farm-fresh goods, because hipsters rule ALL.

Giving "Hanging Out With My Baby" a Whole New Meaning

Is this cute or gross? I can't decide.

I need this. My guacamole needs this.

My Perfect Breakfast in Machine Form

I scream. You scream. We all scream, because WE JUST WANT THIS ICE CREAM, OKAY?!?!

I've needed this for far too long. Like, for realz.

When You Want a Security System, But You Just So Broke

This camera gives you a bird's eye view. All puns intended.

The Ultimate Way to Gross Out Your Co-Workers

No Lover? No Problem!

Look at her. So happy.

Pots In the City

Now, do they come with someone who will keep my plants alive? Because that's what I really need.