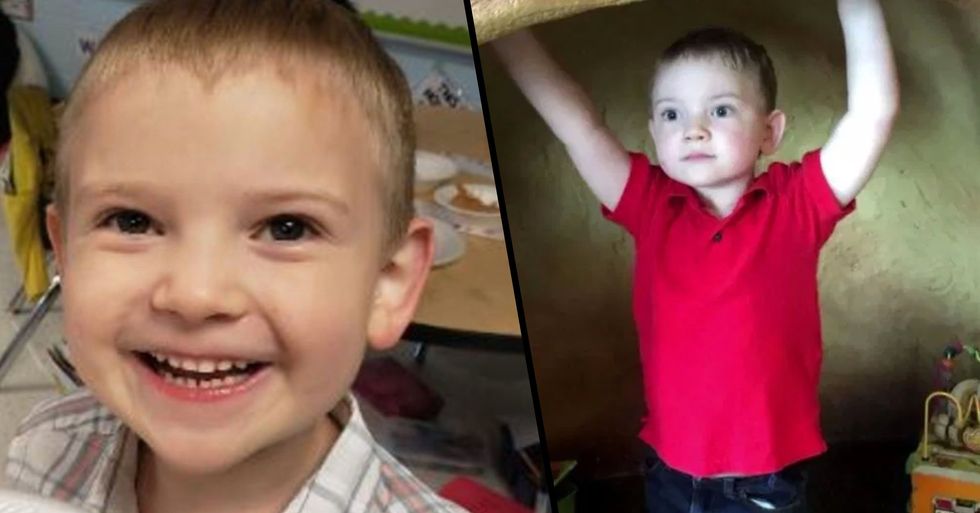 When it comes to rules in the classroom, there are now so many boundaries that must not be crossed in the best interest of child safety.

In many schools all around the world, teachers aren't even allowed to hug a child in their class without it being considered inappropriate or abusive.

News has broken recently of an autistic boy being reported in his class for "sexual activities" after hugging and kissing a classmate at his school in Tennessee.

Keep scrolling to learn more about this story...

Especially when it comes to younger children, schools tend to put boundaries in the classroom that ensure a child's safety and overall well being when in school.

For example, children will learn from the minute they start preschool to respect one another and to give their classmates space.

But what about children who struggle with day-to-day life in the classroom?

Research found that, last year, up to 10 percent of the population is affected by some form of learning difficulties, including Aspergers and Autism.

Autism is something that people are born with...

It comes from an abnormal brain structure and/or function, and it has been believed that patterns have been found in family trees.

Children with autism tend to have a much tougher time in school than children of a regular learning capacity.

Depending on the level of autism, a child may display extremely difficult behavior, which often requires them to have additional support in class, and they also struggle to bond and make friends.

But autism doesn't have to mean a life of difficulty and failure...

There are now appropriate facilities and organizations that help children with autism learn how to behave well and how to live their lives independently.

Yet a lot of autistic children attend regular schools...

Some forms of autism are mild enough for children to be able to work nicely alongside their peers, but it must be taken into consideration that children with autism may struggle to adapt as easily as their classmates.

This is Nathan Putnam...

He is a five-year-old boy from Tennessee who has autism. He attends East Ridge Elementary and he is known by his family and teachers to struggle to understand certain social cues.

Nathan needs additional support in school and at home, and his grandma is known to help out in the family home when it comes to his additional needs.

His legal guardian, Summery, received a call from Nathan's school...

Staff at the school told Summery that Nathan had been "overstepping boundaries" and that the teachers had spoken to him about these boundaries several times.

Of course, Summery was shocked to receive the call.

Speaking in an interview with WJLA, Summery said: "I was sick to my stomach. The teacher called me, and she said, 'You need to have a talk with Nathan about boundaries.'"

Nathan was accused of "sexual activities"...

Nathan's teacher told Summery he had been "overstepping boundaries" and was accused of "sexual activities" after he hugged a classmate and kissed another kid on the cheek.

Summery tried to stress the fact that Nathan has autism...

She said in the interview: "If you don't understand how autism works, you'll think he's acting out or being difficult. But, that's not the situation."

Nathan's family strongly believes that the school made the wrong call...

"He doesn't know what he's done wrong," Summery said.
She also said that he has since been moved to a different classroom with new teachers and that he's enrolled in "special education services."

She wrote: "What do you do when a 5-year-old child is being labeled as a sexual predator and accused of sexual harassment by the school system? It was disclosed that it will go in his record for the rest of his life that he is a sex offender."

Nathan struggles to comprehend things such as boundaries.

"This child is autistic, he comprehends and functions very different than your typical 5-year-old. What do you do? Who do you turn to for help when the school will not even listen to the child's doctor when he explains the child's difficulties in his comprehension of simple things such as boundaries?" she went on to write in the post.

The school acted the way it did out of concern for other children...

The Hamilton County Department of Education confirmed school personnel "are required to concerns regarding children to the Department of Child Services" in a statement to ABC7.

It is still unknown if Nathan will be able to return to his school...

They added: "It's up to DCS to determine if those reports are acted on by DCS and what form those actions may take."

Children with autism will sadly have a much more difficult time adjusting to school life...

It is always a learning curve for children adapting to the new rules and boundaries of the classroom, and especially with children who have autism - they will need a lot more time and patience in order to adapt. To learn about the story of how a little boy comforted and held hands with a nervous autistic boy on their first day of school, keep scrolling...