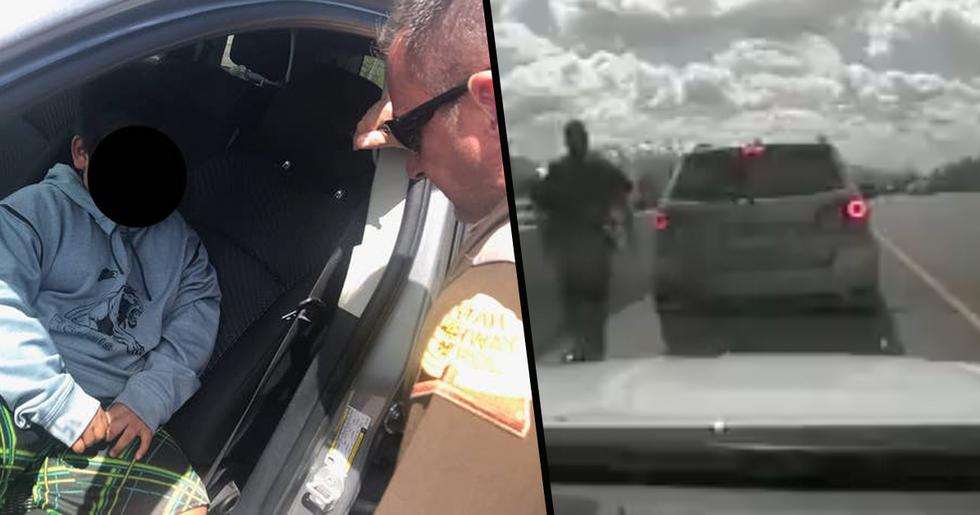 Kids really do the darndest things.

A 5-year-old boy was recently pulled over after he decided to drive to California in order to buy a Lamborghini. Yes, you read that right.

Parenting is one of the most difficult tasks.

Whether you're a more authoritarian parent, an authoritative parent, or a permissive parent, there will always be someone who doesn't quite agree with how you're bringing up your child.

All moms will agree that they are simply trying their best, and the scrutiny of others certainly isn't helping.

And sometimes, parents feel like they just can't win.

If they let their children occasionally share a bed with them, they are labeled as over-protective and needy... But if they make their children sleep in their own beds every night? They are slammed for not being affectionate enough.

Every parent is different...

And, if the children are happy and healthy, who are we to criticize how they are brought up?

But there are some things that just seem to be out of the hands of parents.

Like having to leave them under the watchful eye of someone else.

And it has now become more difficult than ever.

While the pandemic continues to sweep the world, essential workers are still expected to go out to work but that sometimes means leaving the children at home.

This one boy from Utah was left under the watchful eye of his older sibling.

We all know that teenagers find it difficult to accept responsibility, but this just took things to a whole other level because they didn't even notice their brother leaving the house.

The 5-year-old just grabbed the car keys and went for a drive.

No one knows how, but he managed to start the car and drive a couple miles away from his home.

He was later stopped by a highway patrol trooper.

According to Buzzfeed, at around 12.15, "a highway patrol trooper was trying to catch up to a speeder on southbound Interstate 15 in Ogden" when he stumbled across a different scene.

At first, he just thought the driver was having a hard time...

Because the car was only going 30 MPH in a 70 MPH zone, the officer believed that there must be a medical emergency or the driver must have a certain impairment that meant he had to be careful.

But after taking a closer look... he was shocked.

"There’s a curve in the road and he was kind of having a hard time making the curve," Lt. Nick Street said.

He then did a traffic stop and went over to the vehicle.

In the driver's seat was a little boy with tears streaming down his face and both feet on the brake pedal.

After he helped put the car in gear and turn it off, he questioned the driver...

The child told him that he was only 5 years old and that he was making his way to California so that he could buy a Lamborghini.

And the fact that he was only 5 years old, he would have never made it out of the state alive.

He was lucky that he didn't cause a horrific accident.

Buzzfeed reported that "a dash camera video of the traffic stop shows a light-colored compact SUV driving slowly down the interstate, moving across lanes without using any turning signals before the trooper turns on his siren."

They later tweeted about the incident that shook the internet.

People were confused as to what their reactions should be for a situation that is only funny because there were no serious consequences.

They also tweeted this follow-up tweet but it was later identified as inaccurate.

Because both the parents were at work at the time of the incident and the child was under the supervision of his older teen sibling.

@UTHighwayPatrol This child and his parents need to be charged. Together they placed the community in danger. Thi… https://t.co/tWpBkUXqaa
— NanaJeanne (@NanaJeanne)1588630032.0

And there were definitely mixed opinions.

On one side, we had those who thought he should be punished...

@UTHighwayPatrol This kid is a legend. I will be eagerly watching his upcoming career as a criminal, or millionaire, or both.
— Bodhisattva (@Bodhisattva)1588629331.0

While others thought he was a "legend."

Here's the full video of the dashcam footage:

Keep scrolling to read all about a woman who decided to wreck a child's chalk drawings just because she felt like it... People can be so cruel.