50 Unbelievable Facts About Each of the 50 States | 22 Words 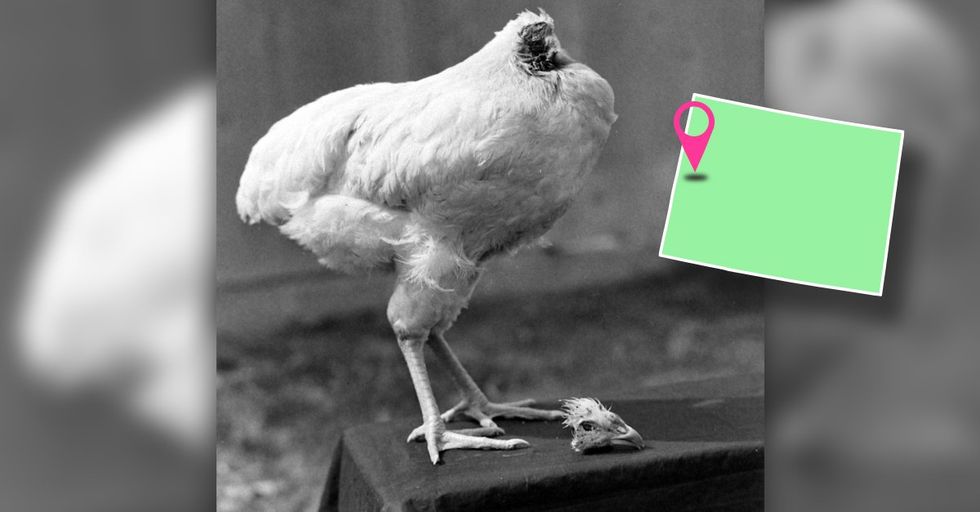 50 Unbelievable Facts About Each of the 50 States

The United States may be relatively young as a country, but in nearly 250 years we’ve managed to amass a diverse array of states—each with their own histories and cultural practices.

Where do some of our most recognized products and traditions originate? Which states have the craziest, most obscure laws?

Check out these 50 mind-boggling facts, one for each of these United States!

In Alabama, there’s a law making it illegal to wear a fake mustache for the purposes of causing laughter in church. So, I guess if it’s a serious fake mustache you’re all good?

There is approximately one bear per every 21 people in Alaska.

Arizona granted women the right to vote eight years before national suffrage took effect across the US.

The first woman elected to the U.S. Senate was a Democrat from Arkansas, Hattie Wyatt Caraway.

California was the original Grizzly Bear State. Then we wiped them out, so now it’s the Golden State. Oops.

Connecticut was one of two states that never ratified the 18th Amendment (which was Prohibition). The other was Rhode Island. Clearly both of those states knew how to have a good time.

Delaware is the first ever state, being first to ratify the Constitution in 1787.

In one of the weirdest state competitions, Floridians participate in the Interstate Mullet Toss. They stand at the state line and throw dead fish into Alabama!

In Atlanta, Georgia, it’s illegal to tie a giraffe to a telephone pole or street lamp. Was that a problem for Atlanta at some point?!

Hawaii, along with Arizona, does not recognize daylight savings time. Lucky them!

During the New Year’s countdown in Boise, Idaho, they straight-up drop a potato in place of the usual ball. Also, viewers are called ’Spec-Taters.’

Illinois is home to the only river in the world that flows backwards, after engineers reversed the flow of the Chicago river. It’s also one of the few rivers to be dyed green annually for St. Patrick’s Day.

The town of Santa Claus, Indiana, receives thousands of letters to Santa every year—and replies to all of them!

Britt, Iowa hosts the National Hobo Convention, as well as a Hobo Museum.

In 2003, Kansas was officially declared by geographers to be “flatter than a pancake." They made a topographical profile of an IHOP pancake and compared it with a digital model of the state’s, and found Kansas to be, in actuality, flatter in elevation than a pancake.

The ‘Kentucky meat shower’ occurred in 1876; for several minutes, chunks of meat fell from the sky over Olympia Springs, Kentucky. Two men actually tasted it (wow) and declared it to be either venison or mutton. It’s likely this meat shower was caused by vultures regurgitating the meat. Think twice before eating mysterious sky-meat, people.

A touchdown at Louisiana State University in 1988 registered as an earthquake on a nearby seismograph. Is there such a thing as too much excitement?

Maine has its own 40-acre desert, with the land covered in glacial silt as opposed to sand.

The first Ouija board was invented in Baltimore, Maryland. A man named Elijah Bond designed it for his tombstone. Cue the horror movies!

The first-ever computer operating in real-time, the Whirlwind I, was invented in Massachusetts—at MIT, to be exact.

Colon, Michigan, is the self-declared ‘Magic Capital of the World.’ It holds a four-day long magician convention every year.

The teddy bear was born in Mississippi! On a hunting trip in the state, Teddy Roosevelt refused to kill a bear that had been captured, and when the story spread, the idea for a ‘teddy’ bear stuffed animal was realized.

The ice cream cone became a thing at the 1904 World’s Fair in St. Louis, Missouri. It’s now Missouri’s official state dessert as of 2008.

The Montana Yogo Sapphire is included in the Crown Jewels of England—the only gem from North America in the collection. The sapphire is also one of Montana’s two state gems.

Nebraska, despite being totally landlocked, has a navy. It was created in 1931 and used to gift otherwise pointless Admiral titles to friends of the governor at the time. Now, a few of Nebraska’s Admirals include Queen Elizabeth II, Bing Crosby, John Glenn, David Letterman, FDR, and Bill Murray. Why not, right?

Las Vegas is, in fact, the wedding capital of the world with more than 100,000 weddings hosted there each year. The movie trope is so real!

New Hampshire is the only state in the US that does not mandate adults to wear their seat belts, which might be taking the state’s “Live free or die" motto a bit too far.

The state of New Jersey once tried to take an elderly woman’s home out from under her—for Donald Trump. New Jersey used eminent domain in an attempt to give the land away because Trump wanted to build a limousine parking lot. It didn’t work.

Smokey Bear is a New Mexico native, with the character inspired by a real-life black bear cub found by firefighters during a wildfire.

New York City was the Unites States’ first official capital, although it only lasted for a year.

Two nuclear bombs—larger and more powerful than the bomb dropped on Hiroshima—were accidentally dropped over North Carolina in 1961. The only thing preventing disaster was an emergency kill switch, as one of the bombs was even activated.

A constitutional error revealed in 1995 that North Dakota, technically, was not and had never been a state. This was finally rectified in 2011, after over a century of flying under the radar as not-quite-a-state.

Ohio’s Cuyahoga river was one of the most polluted rivers in the country; so polluted that it has caught fire at least 13 times.

A woman from Oklahoma is the only person to have been struck by falling “space junk"—in this case, debris from a U.S. Delta II rocket.

Portland, Oregon is home to a tiny park. It has a size of two square feet in total.

Pennsylvania couldn’t seem to make its own mind up about spelling; the Liberty Bell spells the name ‘Pensylvania,’ and the Constitution uses the one ’n’ spelling for one section and the two ’n’ spelling for another.

In Rhode Island, it’s illegal to throw pickle juice at a trolley.

South Carolina has an island full of monkeys! Morgan Island, off the coast of SC, is home to thousands of rhesus monkeys, although only researchers are allowed to go and observe them.

The town of Clark, South Dakota annually hosts Potato Day, a celebration of its main crop, complete with cooking contests and mashed potato wrestling. Thats right, people wrasse each other in a giant tub of mushed potatoes.

Tennessee’s Lost Sea is the biggest underground lake in the Us, and the second largest in the world.

In Texas, it’s legal to shoot and kill Bigfoot. You know, just in case. (Run away, Bigfoot!)

Utah has a species of dinosaur named after it, the Utahraptor. This variety of raptor is one of the largest types of raptor known to exist at about 18 feet long—think the raptors you see in Jurassic Park.

Vermont cares about its image: billboards are completely banned in Vermont, with only regulated smaller signs allowed to preserve the state’s natural scenic charm.

A Virginia school district tried to ban Harper Lee’s To Kill a Mockingbird in 1966 on the grounds that it was “immoral." In response, Harper Lee wrote a scathing reply, stating her concern that the school board appeared to be illiterate. She also sent funds facilitating copies of the book being provided to students.

On Washington’s Vashon Island, you can see a bike that’s being ‘eaten’ by a tree. Nobody knows how the bike got there, but after being placed by the tree and left for many years, the tree has grown around the old-fashioned bicycle.

Point Pleasant, West Virginia is the source of the Mothman legend. Over the years, many people have claimed to be plagued by the creature, enough for the town to build a museum and statue dedicated to it.

A town in Wisconsin is the “Troll Capital of the World," as the main street of Mount Horeb—called the “Trollway"— is covered in troll statues inspired by Norse legends.

Wyoming only has two sets of escalators. So, if you went to Casper, Wyoming, you could say you’ve ridden every escalator in a state.