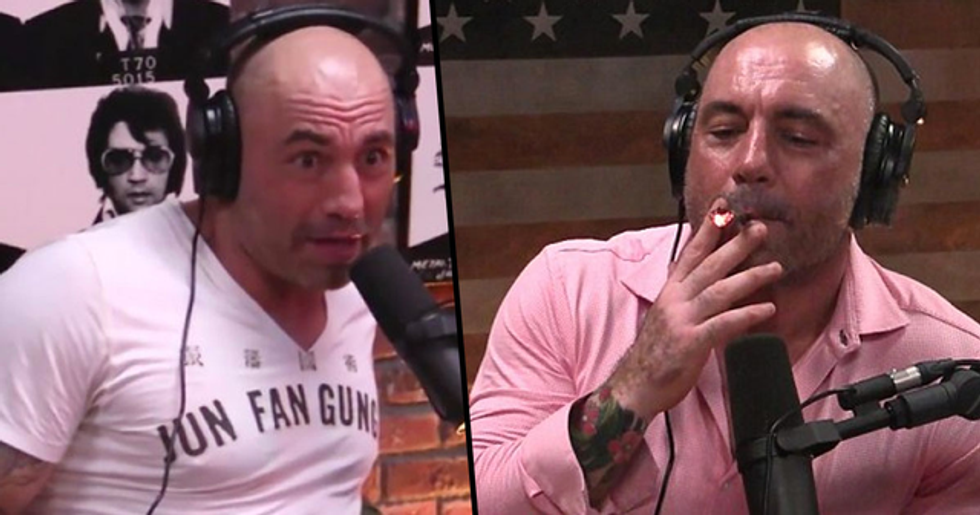 As our country gears itself up for the 2020 presidential elections (or, sadly, braces itself for 4 more potential years under a Trump presidency...), the hopeful presidential candidates are currently running their campaigns in the fierce battle to the hot spot in the White House.

And, with the elections, come the debates.

The presidential debate is always a highly anticipated event, as our retrospective leaders passionately, and quite relentlessly, prove their worth to the country. But, one of the main questions on everyone's lips is... who's going to host this heated event?

Well, according to a new petition, a remarkable amount of people - over 50,000, to be exact - want it to be the nation's favorite presenter and podcaster, Joe Rogan.

I know, it's a glorious thought, isn't it? The petition, which was originally created 3 months ago, has seen a sudden surge in signatures and brilliantly lists the reasons as to why Rogan is the ideal host. And I have to say, they're pretty convincing...

Though he initially started out as a stand-up comedian, Rogan found his fame from becoming an MMA interviewer and commentator and went on to win the World MMA Awards' Personality of the Year 6 times.

And it is shown in his podcasts. His lack of confrontation and overall interested attitude suggest that he could potentially make an excellent interviewer and host more political debates and interviews in the future.

And people are clearly eager to see more of the presenter within the world of politics.

So much so, that a petition has been set up. Yes, an actual, real-life petition.

The petition is calling for Rogan to be the moderator for the 2020 presidential debates.

Okay, if this actually were to happen... It would be huge. The change.com petition was created three months ago but has recently had a huge surge in signatures.

The signatures are growing...

At the time of writing, the number of hopeful signatures stands in at a staggering 48,159, which is a mere couple of thousand off reaching 50,000.

People evidently want to see Rogan in next year's debates.

It then lists an array of reasons as to why Rogan makes the perfect candidate for the role.

Obviously. The first reason reads, "Joe Rogan is a widely respected host who has hosted interviews with politicians, economists, scientists, and other popular figures, who come from various walks of life."

And for the second reason?

"Joe Rogan has an audience containing viewers from all areas of the political spectrum. Joe Rogan is not registered under any political party and is well-known for having civil, productive, and interesting, conversations about political issues without partisan bias." You can't really argue with that, can you?

People are living for the idea.

Some people noted how relaxed and authentic Rogan's chat with Sanders was, and many would like to see that type of authenticity within the sometimes overly-structured and rehearsed presidential debates.

His non-biased and unfiltered interview techniques have been dubbed as "refreshing."

So, um, can we all agree to have @joerogan be the main person to host all presidential candidates and have them dis… https://t.co/qVdhnYLoav
— Hoootie (@Hoootie)1565226926.0

And many people feel they will learn more about their candidates on a JRE style chat than they will in a thirty-second debate slot.

And some just want to see Joe go back to his roots...

Though a bit of MMA style debating never hurt anyone, did it...? If you want to see the presidential candidates choke-slam each other in the Octagon... or just see Joe Rogan host a riveting and informative debate, you can sign the petition here.

Because come on... is there anything that Joe Rogan can't do?

Politics aside, Rogan likes to address the trending news of from all areas of the spectrum... Like Area 51, for example. Loyal UFO believer, Bob Lazar, appeared on the JRE in June this year to discuss the existence of extraterrestrial life within the compounds of the secretive Area 51.

They collectively discussed Lazar's controversial claims about the compound...

And the episode caused an online frenzy, spurring along and encouraging the Area 51 frenzy that engulfed the internet last month.

Some seriously outrageous claims were made...

But would it be a Joe Rogan podcast without a little controversy? Keep scrolling to watch the full podcast, which may make you think twice about storming the compound on September 20th...