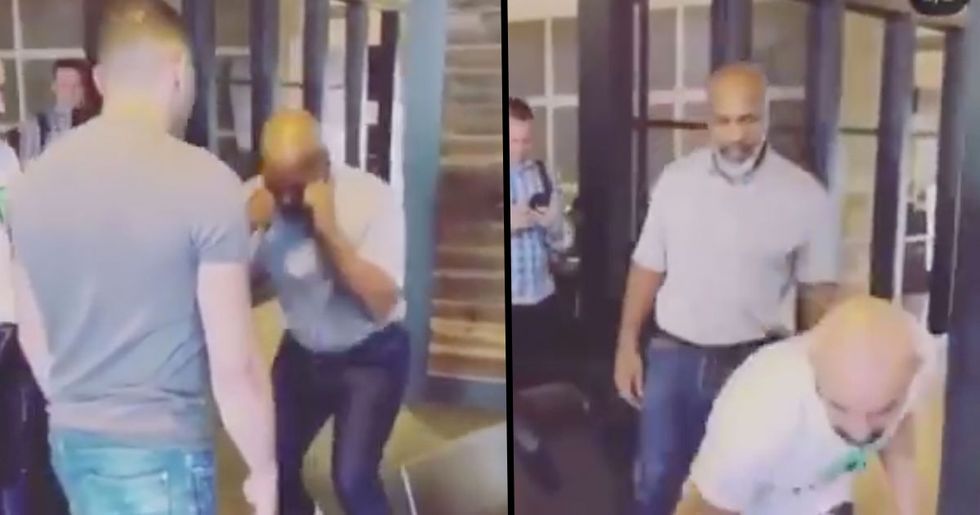 But, in a recent video posted online, Tyson has proved he very much still has those infamous lightning-speed boxing moves, as he was filmed giving an impromptu boxing tutorial.

Keep scrolling to see the clip. We certainly wouldn't mess with him...

One of the main aims of the Ranch is to implement new and cutting-edge technology to aid the on-going research on medicinal marijuana and it's many health benefits.

The report's aim is to employ and empower veterans and will help to conduct research that investigates the benefits of cannabis upon their return from deployment.

The marijuana revolution has begun! Sadly, there has been no official opening date for Tyson Ranch, though we have a feeling it may be around April 20th...

However, his relaxed new lifestyle doesn't seem to have slowed the former boxer down too much.

A video of Tyson teaching a masterclass on boxing has gone viral.

The clip has garnered significant attention - racking up a whopping 1.7 million views and over 91,000 likes on Twitter.

Despite putting on a little weight, and donning a pair of dad shoes, the former boxer strutted his stuff...

During his boxing tutorial, it's pretty clear he still has that infamous quickness.

He definitely could return to the ring...

Although we aren't sure he'd want to give up his relaxing life of retirement...

Check out the clip below:

He may be fifty-three now, but it's safe to say we certainly wouldn't mess with him.