Lewis’s family wasn’t informed of his death until 1 am the next day. | 22 Words 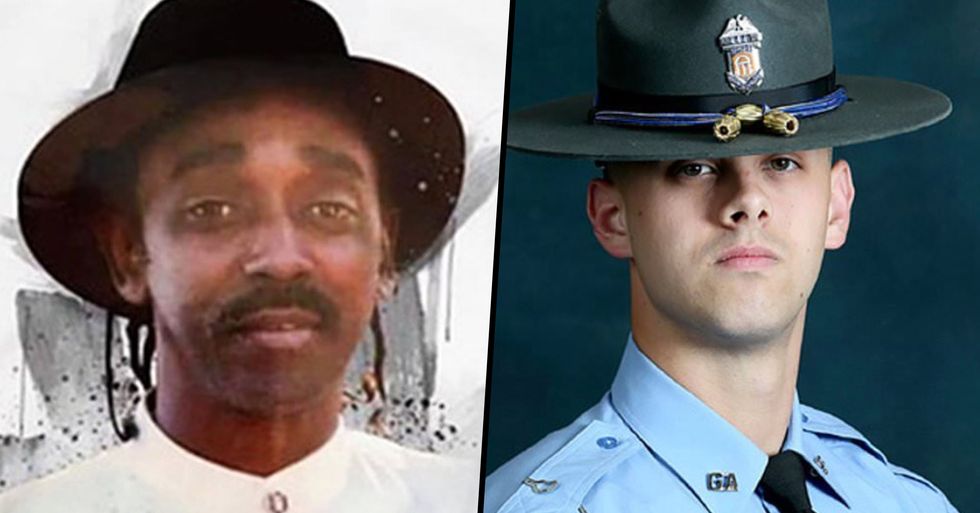 After the death of too many innocent black Americans, you'd expect to see a change in the way our streets are being policed.

However, after the death of yet another innocent black man, we've been reminded that there's still so much more that needs to be done...

And it looks like change is finally on its way thanks to the millions of protestors demanding justice for black people all around the world.

And they most certainly aren't acknowledging that Black people have had it so much harder than other ethnic groups - especially white people.

Racists are using All Lives Matter as an excuse for their disgusting behavior...

And it's clear that some attitudes simply won't be changing any time soon.

Many racists have gone viral online in the last few months spouting nonsense against the movement.

One of the many problems Black people are facing is over-policing while trying to get on with their daily lives.

A State Trooper has been charged with murder after a sixty-year-old Black man was shot dead during a traffic stop.

Twenty-seven-year-old Jacob Thompson pulled over Julian Lewis, after noticing his tail light was out.

The incident happened on August 7 at 9pm, when the trooper noticed Lewis' car.

He began following Lewis and shortly after forced the vehicle into a ditch. Without any reason, he opened fire after getting out of the car, killing Lewis immediately.

The attorney explained to his family that Lewis was "no threat."

He was just a sixty-year-old man on his way home from buying a grape soda for his wife.

According to the trooper, he exited his vehicle and saw Lewis with both hands on the wheel of his car.

Lewis then allegedly tried to drive towards the trooper.

Although he was apparently trying to "flee" the situation.

Thompson saw Lewis "wrenching the steering wheel in an aggressively back and forth manner towards me and my patrol vehicle."

"It appeared to me that the violator was trying to use his vehicle to injure me. Being in fear for my life and safety, I discharged my weapon once. After I fired, the violator sat back motionless."

Lewis’s family wasn’t informed of his death until 1 am the next day.

Which just adds to the grief his family has had to go through.

"It is not altogether clear to us that Mr. Lewis was trying to flee." However, there's no footage of the incident despite all cars containing dash cams for this exact reason.  As they are the "first agency to equip all of its patrol cars with dash-mounted cameras."

The Georgia Department of Public Safety has confirmed that Thompson was fired for his actions.

Due to "negligence or inefficiency in performing assigned duties; or commission of a felony" and charged with murder.

He has been taken to Screven County Jail.

Johnson added that Thompson has received multiple complaints in the past which begs the question, why was nothing put in place before this happened?

Lewis’ death comes after the deaths of George Floyd, Breonna Taylor, Ahmaud Arbery and Rayshard Brooks, among many others.

Julian Lewis was shot and killed by state trooper Jacob Thompson after being run off the road into a ditch...for a… https://t.co/Oxj1ZQkUwR
— Corina Newsome (@Corina Newsome)1597520926.0

Johnson added: "This is a problem with policing, even if you have a good trooper with an excellent character, if he’s operating within a flawed and corrupt system the outcomes are going to be not good for the citizens." "This is not a Southern problem, this is not a Georgia problem, this is an American problem because these incidents are taking place across the country. It is a too familiar narrative. The burden always falls to citizens to remain calm, to comply. And police officers who have training and experience are given justification in just about all of those instances."

Lewis’s wife, Betty gave a statement saying: "I want justice for Julian. This is one step towards justice."

Keep scrolling to find out why "Miss Swimsuit UK" was stripped of her title...