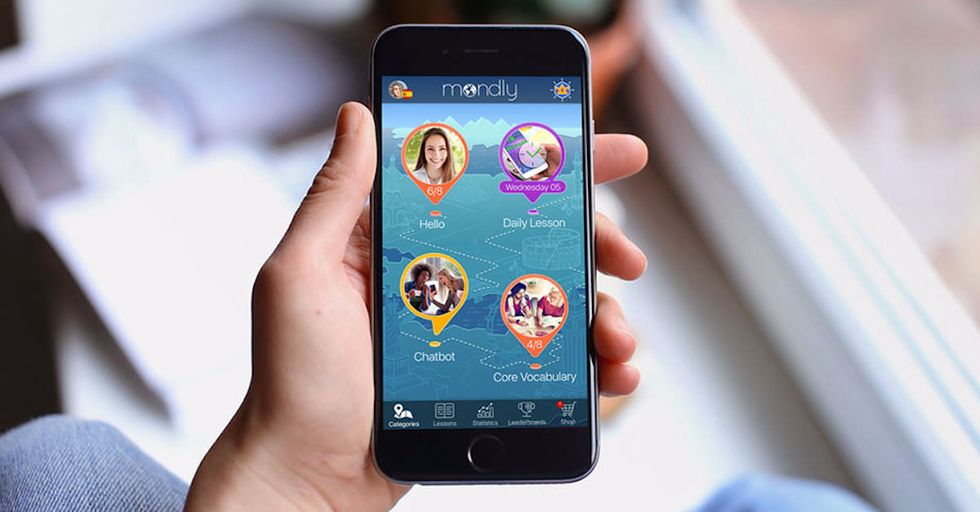 It's time to learn a new language! This feat is on a lot of people's bucket lists, but it's never been simpler in today's day and age. Highly rated (4.7 out of 5 from over 6,400 reviews from the App Store) apps like Mondly makes learning a new language as easy as picking up your phone. But just in case you need some more convincing, here are 7 reasons you should be learning a new language like Italian, Spanish, or Japanese

Not only is learning a second language good for your brain, but it's also good for your bank account! Knowing more than one language gives you an advantage in the job market, potentially giving you a leg up against other candidates. Not only does it make you stand out, but it can also help you snag the job if the position requires you to be bilingual. This will only be more helpful with time, as the number of US job postings geared toward bilingual candidates is continuing to grow.

6. It can help deter Alzheimer's and dementia

Adults that only speak one language statistically showed signs of dementia earlier than those who speak two languages, according to several studies. So not only does that other language make you feel smarter, but it's also helping your health.

5. It helps you make better decisions

4. It helps you multitask

Today's world often requires some multitasking, whether we like it or not. So why not make yourself a better multi-tasker by taking on another language. Research has shown that bilingual people outperform those who only speak one language when it comes to editing out irrelevant information and focusing on important information. These skills are very important when it comes to prioritizing tasks and working on multiple projects at once.

3. It expands your network

Another language means an entirely new world opens up to you! You have a new skill set that allows you to communicate with people you previously wouldn't have been able to, which means you can network beyond your existing network. Who knows, a new contact in your new language might have the perfect connection to set you up with your dream job! Or find you your dream partner! Oh, the possibilities...

2. It makes you more cultured

Once you're fluent in French, you can enjoy French films. If you take up Spanish, you'll be able to appreciate music in Spanish. Learning a new language opens up an entirely new culture for you to explore. This means you're also able to embrace different cultural traditions and expand your own awareness on a global level. Now, don't you wish everyone was open to this kind of magical development?

1. It gives you another reason to travel

Okay, so you might not need another reason for wanderlust, but another language is a great reason to hop on a plane! Imagine how amazing it would be to order pasta in Italy! Taking your new language on the road is the perfect way to practice and show off your new skill.

Fully convinced it's time to start learning another language? Mondly lets you start learning a new language conveniently from your phone anytime, anywhere. And it’s currently on sale for $39.99 for one language, $59.99 for three languages, and $69.99 for five languages.