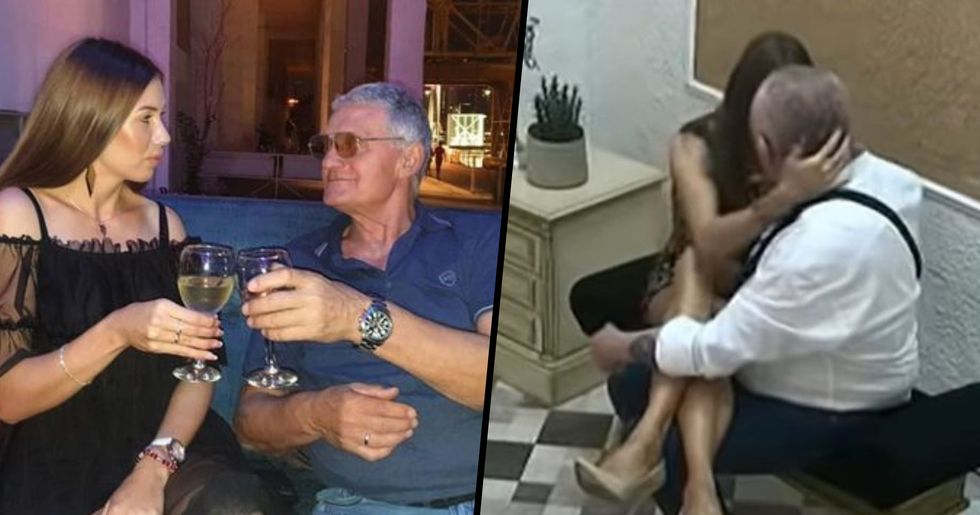 The world of dating is a minefield, to say the least. From that dreaded first date to finding out that they talk in their sleep, it's all just one obstacle after another.

But for some, falling in love seems to come easy, despite all the differences that may arise. This particular couple, Milojko and Milijana Bozic, have been in the public eye for their dramatic age gap. Even though things seemed to be going well for them a couple of months ago, the story has taken a dramatic twist.

Keep scrolling to find out what Milojko's wife did that made him file for a divorce.

Say hello to one of the world's most talked-about couples.

Move out of the way Leonardo DiCaprio, and make space for Milojko Bozic. This Serbian man caused a stir when he announced that he would be marrying his current wife, Milijana.

The pair have a shocking fifty-three-year gap between them. That's right. When Milijana was born, Milojko started slowing down in life, on the brink of reaching retirement.

However, the couple found each other and fell in love.

He talked about how the two met saying: "I've known her since she was little, but I hadn't thought of anything like that. When she was growing up, we spent time together but nothing more." That doesn't sound too good...

He explained the qualities that made him smitten for the twenty-one-year-old:

"I was attracted to her kindness and beauty. Who doesn't like younger? It's more sexy of course, kissing and everything else." Yikes.

She also confirmed how she fell in love with Milojko.

"I don't like young guys, I've liked older men since forever. For his years, he looks perfect. I don't care what other people think and say. I've known Mikan all my life - my neighbors and I used to help him when he was sick. That's when our love was born." Here's a couple I don't think I'll be able to stan.

Despite their differences, the couple pursued a relationship.

The town they were from in western Serbia was left shocked when they heard about the news. Yes, love exists in my shapes and forms, but a fifty-three-year gap seems to be pushing it, especially if he's known her since she was a child...

To add even more shock to the situation, they revealed intimate details about their sex life.

While on the Serbian reality TV show Parovi, simply meaning "couples," the duo talked about their life together, including some personal information about their sex life. I really wish I had a time machine, so I didn't have to hear about this... so be warned.

The couple has said that they are considering starting a family.

Despite undergoing heart surgery just a few months ago, Milojko says this hasn't slowed him down. He and his wife have sex "almost every day." Milijana said: "We have sex almost every day, I don't see what is strange with that. But since Mikan had his heart operation, I have to go easy on him in bed."

"But he is like a young man when it comes to sex, he doesn't need Viagra. Although, I don't know much about younger men, as I've always been with men older than me."

The couple even revealed they wanted to start a family!

But I don't think that's going to happen since things started going downhill very quickly after their wedding.

They tied the knot in September, despite both their families being totally against it.

The couple got married in the registry office on September 7th because their local church refuses to marry anyone with an age gap over fifteen years. Milijana's parents refused to support their relationship, saying they were disappointed in her choice of man. And Milojko's children, all older than his now-wife, didn't attend the ceremony either.

Only 3 months later, they are planning to get divorced.

Things went downhill quickly for the happy couple and in a matter of a few months, the seventy-four-year-old is filing for a divorce.

In another shocking plot twist, Milijana was caught making out with another guy over twice her age.

Sticking to her particular type, she was caught red-handed, kissing and straddling the lap of sixty-year-old Nemanja Stamatovic Zabac.

The photos were taken by the camera crew of the show.

According to the Mirror, the two proceeded to continue their steamy make-out session in the shower before lounging around in bed.

Of course, Milojko, her husband, was extremely angry when he found out.

I mean, come on, you're on a reality TV show for crying out loud! Did you really think he wasn't going to find out? He'd just have to watch the show back! It was reported that he told his wife to "shower with whoever she wants as he doesn't care anymore."

Milojko had to be taken out of the villa for medical help as the news really affected his heart condition. After receiving treatment, it is rumored that he immediately started divorce proceedings against his wife.

A producer from the show revealed this:

"He had a hard time having to divorce Miljana, which is why as a production team we had to react. We took him out of the villa during the day and took him to a hospital. He was immediately given medical help, and it was revealed that he was under high pressure due to the stress he had experienced on the reality show."

This isn't the first time Milijana has been in a compromising position.

In a similar cheating scandal, a few weeks ago, the twenty-one-year-old had been photographed with, yet another older man. He was said to be married with children.

However, she denied the claims even despite the evidence.

"I have seen this man a couple of times, but I have not been in a relationship with him."

Divorce proceedings have already begun as Milojko is in talks with a trustworthy lawyer in order to file for a "nice divorce." You deserve better, Milojko. If you're looking to continue reading about odd pairings, then keep scrolling to see the latest details about Leonardo DiCaprio and his girlfriend who is half his age...