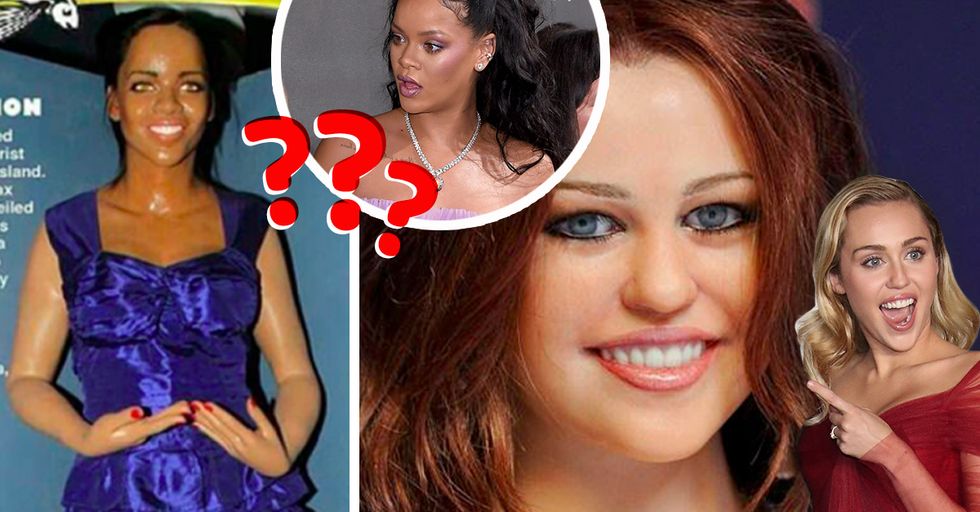 8 Celebrities Whose Wax Figures Are Complete and Utter Fails

One of the ways you know you've truly made it as a celebrity is when you get your own wax figure. Some celebrity wax figures are so good, they can even fool the eye.

These are not those wax figures.

Taylor Swift is one of the most beloved pop stars on the world stage right now. She has fans from America to Japan and back.
So someone please explain to us what this unholy mess of a wax figure is. The thing honestly doesn't even look human – more like a demonic version of Swift out to steal your soul.
But if you think the first one was bad, this version of Swift doesn't even look human. And that nose... definitely not Swift's.

Katy Perry is a firework, okay. A goddamned firework, exploding across the sky. Does this look like a firework to you?
How about this one? Any resemblance to Perry? No? We didn't think so either.

Beyoncé is arguably the queen of pop culture. This is a woman who commands an entire beyhive. So why, for the love of God can't wax artists get her right?
Look at this abomination. Does this look like Beyoncé to you? Does this look like the mother of formations?
How about this one? Bit of an eye-sore, ain't it? Also, the race isn't even correct. Beyoncé is undisputedly black, yet she somehow turned into a white woman in this wax work.
Even when they get the face right, the hair is still straw-dry and tacky. Beyoncé just can't win, sigh.

One of these things is not like the other, one of these things just doesn't belong... No, really.
Someone please, please explain why they have Kim Kardashian looking like a super nondescript housewife of Orange County.

Is this supposed to be Miley Cyrus? Asking for a friend...
What about this one – totally not her, right? Right?
At this point, we're just gonna call it. They literally can't get Miley Cyrus right.

Pop crooner Ed Sheeren's distinctive red hair and eyebrows match his distinctive and very soulful voice, so you'd think his wax figure would be perfect, right?
Okay, so maybe having a wax figure that looks like your own brother isn't bad, but it should look exactly like you. That would be the point of wax figures.

Is this the Barbadian goddess known as Robyn Rihanna Fenty? *Squints and doesn't see it.*
As it turns out, it can get worse. This is what Barbados, Rihanna's own country decided to put out as her wax figure. So wrong.