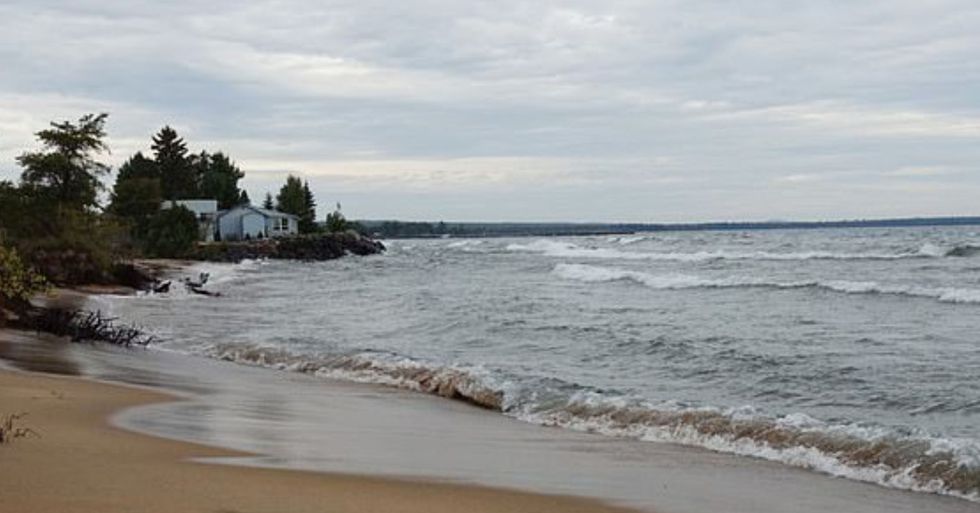 The tragic news has come in that an 8-year-old boy has died after he tried to save his twelve-year-old sister from drowning in a lake.

As fun as it can be swimming in open waters...

The dangers of doing so are inevitable.

Many swimmers are completely unaware of these dangers...

And even the most experienced swimmers have lost their lives while swimming in open waters... not to mention children!

Children, of course, are at the highest risk when swimming in these kinds of waters...

And tragedy can strike at any moment.

Being in open waters is completely different to being in a swimming pool.

There are many different hazards of children swimming in open water, and one of these is limited visibility. Water in lakes and ponds can be murky, hiding hazards such as rocks, logs, and uneven surfaces. Limited visibility can also make it difficult to see if a child falls in.

Another hazard is depth, distance, and drop-offs.

Unlike a pool, open water rarely has depth markings, making it difficult to know if kids are getting into water that is over their heads.

Currents and tides in rivers, lakes, and the ocean can be fast-moving and can come out of nowhere...

Meaning that families swimming in these kinds of waters should remain in shallow areas and be under constant supervision. Riptides and strong currents can be deadly.

Despite this terrifying fact...

People continue to swim unassisted in these open waters and a recent tragic event has certainly proven the dangers of strong currents.

It all happened in Michigan on the 11th of August last week.

A family, who is currently unnamed, was spending the day at Lake Superior.

Lake Superior, which is located in Isle Royale, is one of the largest lakes in North America...

And it is a very popular spot for families and children to spend the day swimming in the huge freshwater lake.

Strong rip currents can occur at any time, making it incredibly dangerous for children who are left unattended in the water.

The family's 2 children, a twelve-year-old girl and an 8-year-old boy, were playing in the water...

When a rip current pulled the young girl deep into the water suddenly.

Thinking quickly, her little brother went in after his sister along with 2 others...

And he desperately tried to get his sister back to the surface.

Inflatable tubes were thrown out to the 4 people in the lake...

And it was reported that they were eventually dragged back to the shore after they were all showing signs of drowning.

Paramedics soon arrived at the scene...

And after assessing the young girl and the 2 others who went in the water after her, they tried to resuscitate the brother who was unresponsive.

The boy was then rushed to Aspirus Keweenaw Hospital...

And shortly after, he was taken to the airport where he was to be airlifted to the University of Michigan Children’s Hospital. But he tragically passed away during the journey as a result of his injuries. He was just 8-years-old.

This is an utterly devastating loss...

And condolences have been flooding in from all over the world for the boy's family.

He just wanted to save his big sister...

But the current was just too strong.

The boy has been hailed as a hero...

And even though his sister is now alive and well, we cannot imagine what she will be going through knowing her brother has gone.

This tragic story just goes to show the dangers of open waters...

And a family can be completely torn apart in a matter of minutes.

Our thoughts and condolences go out to the family during this terrible time.

Keep on reading to learn about the tragic story of 2 brothers who died in a car crash after taking their grandmother's car for a joy ride...