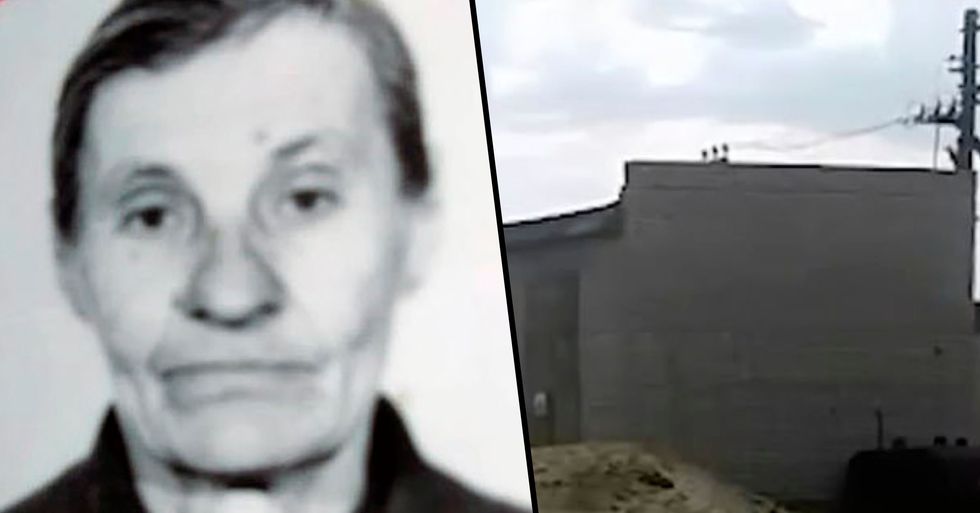 One of the consistent mysteries that always seems to be cropping up is what happens to us after we die. While many religions promise to know the fate of our souls in excruciating detail, science tends to lean more towards an absence of consciousness. But now, one woman has had a glimpse of what happens after we leave our mortal forms - and the internet has found it incredibly terrifying.

Can you imagine anything more scary?

You're rushed to hospital when feeling not-so-good - and then ...

You're told you have to go under for an operation.

An intestinal obstruction, to be exact.

But then something goes badly wrong.

So wrong, in fact, that you end up pronounced dead on the operating table.

You're taken to a morgue to await the next stage.

But while there - you wake up!

If it's frightening for you, it must be ten times worse for those poor unsuspecting morgue staff!

There's one big mystery that really haunts us all.

We all know that we're definitely going to die one day - and the mystery of what happens afterwards is pretty scary to consider.

But there are some things that we can point to as clues.

Many look at those who've had near death experiences to help us try to understand what happens when we cease to exist in the accepted sense of the word.

Some people believe that we have souls.

The idea that the essence of our personhood exists outside of our physical forms would suggest that, after death, there's some form of continuation.

And some who are resuscitated after technically dying confirm this.

There are many tropes concerning near-death experiences that have permeated our culture, like walking towards a tunnel of light.

And, of course, religion has some ideas on the subject, too.

While there are a few differences between what major religions tend to think, there is an idea of an afterlife as a reward that permeates western beliefs.

Of course, there's one caveat.

Because, if there's a Heaven, then, by rights, there should also be a Hell - and that's a pretty frightening concept.

Although perhaps less frightening than the alternative.

Because, if there's no Heaven or Hell, and no soul, then where does that leave us after we die? If all there is, is total oblivion, that's pretty terrifying.

Either way, the whole thing is a big mystery.

And since we likely won't actually find out until we die, it's probably going to stay that way. Or so we thought - until this new story came to our attention.

The story of one woman who came back from the dead.

Zinaida Kononova, 81, was pronounced dead on the table during an operation.

But it seems as though one doctor didn't do enough to check her vitals...

Because Zinaida was very much alive.

As discovered by some (likely petrified) morgue workers. This story started at the Gorshechensky Central District Hospital in Russia.

During an operation, Zinaida was pronounced dead at 1:10 am and was taken to a morgue nearby.

But when a worker came to check on the body at 8 am, Zinaida had moved to the floor.

She'd woken up and tried to escape.

But had ended up falling off the table - and immediately began asking the morgue worker for help.

At first, the morgue worker was terrified.

Then slowly moved into the realm of confusion...

"We have an unusual situation. She is alive!"

It's reported Zinadia was legally dead for at least 15 minutes but had no recollection of anything.

She's been returned to a different hospital...

Where it's likely the doctors involved will face an investigation. Want more near-death experiences? Scroll on...