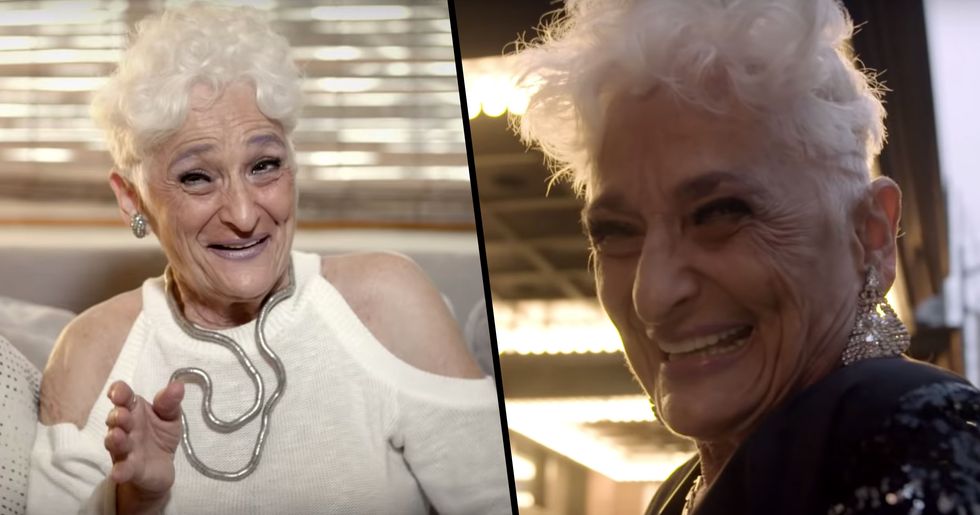 And one unexpected Tinder user has opened up candidly about her experiences on the app. But this is a Tinderella with a difference - Hattie 'Retroage' is an eighty-three-year-old grandmother of 3.

Behavior on Tinder is often a little questionable.

The story of one slightly unusual Tinder user has shocked the internet.

The eighty-three-year-old grandmother of 3 has opened up about her surprising experiences on the world's sleaziest dating app.

"With Tinder I see them and we do become attracted to each other, and I could see that we'll have a good night together."

"Then I don't hear from them again. Pretty much I’ve become a woman who gets hooked up even though that was not my intention," she revealed.

"What I would desire from my life is a partner."

"The oldest man from Tinder was 60 and he was really good, I saw him once."

"It was a good match, it was excellent, but again, they did not want to get that attached and have a relationship with a woman my age."

"It's very rare that a young man will pick a much older woman and live with her, that's rare."

"There are few things that I’m asked, one is the number and then the size, and those are 2 things I don’t necessarily discuss. But I’ve been with a lot of men because I’ve been out there dating and sleeping with men for 35 years."

"I'm a cougar by default," she admits.

But she's looking for more than just a hookup.

"Each time I would have wanted one of the men to say, ‘I can't live without you, this is so great’. My former husband said that, but nobody else has said it yet."

"Sometimes people say, don't you want variety? If you only had one man, would that be good enough?"

"I say, it's not that I need variety, I need frequency, so if you have one man, you always have a [man] in bed with you or wherever it's going to be. I really want that steady sexuality, I had that when I was married, but if it isn't happening, it isn't happening."

But now Hattie wants to get serious.

"I didn't want to get a man on a dating site, but then I kept hearing people get men and life mates and marriage partners and everything, that it could get serious, so I figured let me give it a try."

"Now, I was not visualizing myself as just a one-night stand but I ended up that way by default."

"Because what would happen is, a man would be attracted to me and me to him, and we would meet, have a drink, then if we were interested in each other, more specifically if I was interested in them, then I bring them to the apartment and we'd make love."

"I learned a lot from Tinder. You learn a lot of who you really are."

"And I did find that all of them were good experiences, different."

"But finally I said, look, I can't just keep saying yes to what I don't really want, I really want one man."

We wish Hattie the best of luck in her search. It's a jungle out there! And if you don't believe us, scroll on for one of the worst Tinder interactions the internet has ever seen.