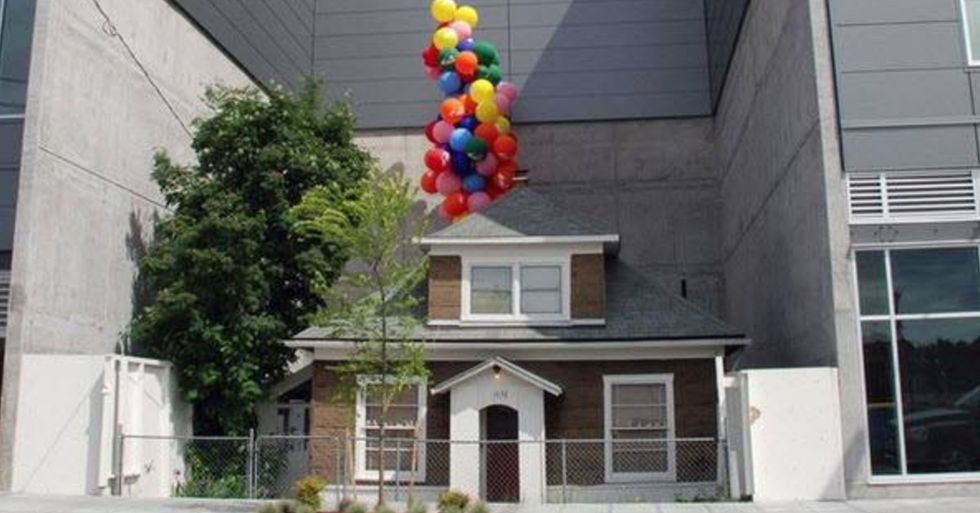 How much would you have to be offered to give up your home on the spot? A hundred thousand dollars? A million dollars? Well, one woman refused to put her house up for sale, but after her death, the property went on a rollercoaster of a journey, and the end result is heartbreaking.

Read on for all the details...

We all grieve in different ways.

When you lose a loved one, there's no rulebook that details how exactly you need to behave in order to cope with your loss.

For most, the funeral is the pinnacle point of closure.

The ceremony in which people make their final goodbyes is typically the biggest form of closure for most.

However, what happens after the funeral?

Sadly, grief isn't something that magically evaporates once the burial or cremation has taken place.

Grief is a long and painful process...

And most people take years to fully move on from their grief, while others will sadly never move on at all.

But there are plenty of methods that can help ease the pain of grief...

While some go for counseling and therapy, others use more symbolic gestures of remembrance, such as lighting candles in the memory of their loved ones.

Others opt to create a public memorial so that their love can be shared by others too.

And that's exactly what Barry Martin intended to do after his friend Edith Macefield passed away in 2008.

Edith's home was a very important part of her life, and Barry knew that.

Despite all the challenges surrounding the property, he tried to honor his friend in the best way, by turning her home into a memorial for her.

But the plans eventually fell through...

This truly is an emotional roller-coaster of a story.

Edith's home first became the talking point in Seattle when a construction company wanted to demolish it.

They offered Edith a whopping 1 million dollars so that she could be relocated to a different property while they fulfilled their hopes of building a shopping mall in the area.

But no amount of money could sway her.

Her home in the Ballard neighborhood of Seattle meant more to her than any sum of money.

However, that didn't deter the company...

They pushed forward with their plans, hoping that there might be a chance that Edith would change her mind once bakeries, shops, and boutiques started popping up all around her house.

But of course, it didn't.

Instead, it actually made it worse for the company as they had to adjust their plans to accommodate the little bungalow with the little yard and their shopping mall had a massive dent in it so it wouldn't destroy the little house.

Edith continued living there until she sadly passed away in 2008.

She was diagnosed with pancreatic cancer but even until her last breath, she made sure to secure her house and in order to do this, she started an unlikely friendship with the chief construction worker, Barry Martin.

As the two got closer, Barry realized how important this issue was to Edith.

He even drove her back and forth from her hospital appointments.

Before she passed away, Edith made sure she willed her house to Barry, hoping her legacy would live on.

And it did... for a little while. The house became known as the "flying house" because a whole bunch of balloons were tied to it, kind of like the house from the movie Up and the people in the local area adored it.

But even so, Barry was forced to put the house up for auction.

The house was bought by a company known as Reach Returns at the time, and they had all these wild plans to turn it into a modern little coffee shop in the hopes it would attract trendy customers to the shopping mall but somewhere along the lines, those plans also fell through.

The company realized that the cost of re-doing the house would just be a headache and more and more potholes would continue exposing themselves for the next few years until the property was fully shut down.

And sadly, things got worse a little later...

The house was then set up for demolition.

But before it's final breath, an organization jumped into the rescue.

OPAL Community Land Trust, a non-profit housing organization tried to save the home by setting up a crowdfunding project but even so, it didn't raise enough money to clear the property of its debts...

But the good news is, it's still standing.

At the good ol' age of 115, the house, despite all the odds, is still standing. But no one knows what's going to happen to it... Let's just hope it stays put. Keep scrolling for another heartbreaking story about how grief can affect people...