9/11 Hero's Final Words To His Wife, His Heroic Actions Played Out Minute-By-Minute | 22 Words 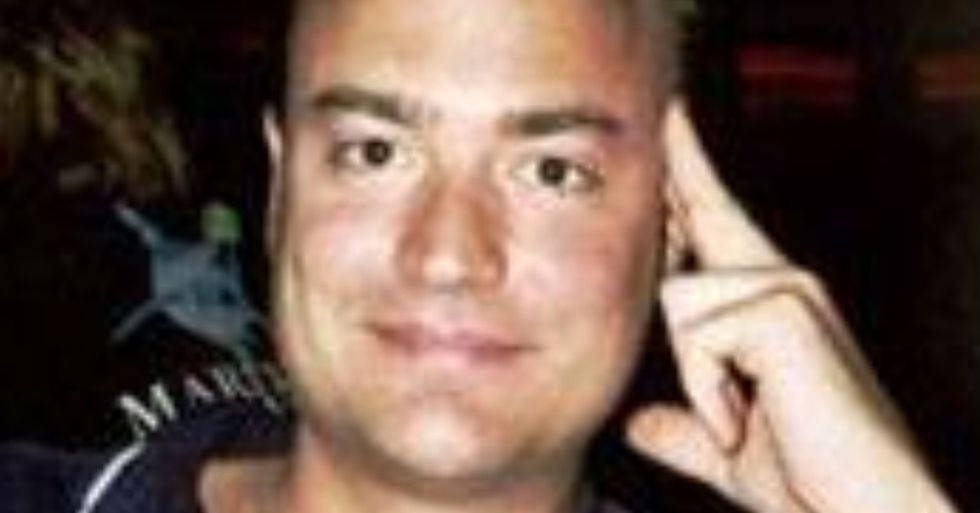 9/11 Hero's Final Words To His Wife, His Heroic Actions Played Out Minute-By-Minute

Today marks nineteen years since the devastating attacks, and the reality of the events from that fateful day is still sinking in for many New Yorkers. Today is a day in which we remember those lost in the attacks, but also those who helped to scour the rubble for survivors in the initial aftermath and clean-up operation.

And one story which resurfaces every year is that of a hero's final words to his wife whilst on one of the hijacked airplanes.

Keep reading to hear the full story of his heroic actions, minute by minute.

Of one of the most tragic days that many of us will learn of.

And it was an event that was completely unexpected. An American Airlines Boeing 767 loaded with 200,000 gallons of jet fuel was hijacked by a brainwashed member of al Qaeda and was flown into the north tower of the World Trade Center at 8.45 am.

As the towers were collapsing and causing complete chaos to New York City, a fourth airplane - United Flight 93 - was hijacked after leaving Newark Liberty International Airport in New York.

However, the crew and passengers on board were made aware of the 3 other attacks and fought back against the 4 hijackers.

And it is believed that up to 80,000 people – including police officers, firefighters, and emergency workers – rushed to the aid of the victims in the immediate aftermath of the attacks.

The first responders jumped to action without hesitation.

And, despite the dangers, they worked the hardest they had ever worked...

And thousands more have since passed away.

As of September 2018, more than 2,000 of the courageous men and women who assisted at the scene of the attacks have passed away as a result of 9/11 related illnesses.

From those who spent months in the Ground Zero ruins searching for survivors to those who lost their lives for their incredibly bravery and courage.

And, every year, there's one story of bravery that surfaces.

And the story of Tom Burnett, an American hero killed in the 9/11 attacks during United Flight 93.

Mike Rowe paid tribute to Tom Burnett in a Facebook in which he wrote "Tom's last act on earth was one of the most courageous things imaginable. And his last words to his wife, Deena, are among the most inspiring I've ever heard.

"Those exact words are at the top of this page, and the bottom. They were spoken seventeen years ago, under conditions I hope to never experience. I'll never forget Tom's last words. I hope you won't either." Underneath he shared the minute by minute transcript of Tom's last calls to wife Deena...

Deena: Hello Tom: Deena Deena: Tom, are you O.K.? Tom: No, I’m not. I’m on an airplane that has been hijacked. Deena: Hijacked? Tom: Yes, They just knifed a guy. Deena: A passenger? Tom: Yes. Deena: Where are you? Are you in the air?

Tom: Yes, yes, just listen. Our airplane has been hijacked. It’s United Flight 93 from Newark to San Francisco. We are in the air. The hijackers have already knifed a guy, one of them has a gun, they are telling us there is a bomb on board, please call the authorities. He hung up.

Deena: Hello Tom: They’re in the cockpit. The guy they knifed is dead. Deena: He’s dead? Tom: Yes. I tried to help him, but I couldn’t get a pulse. Deena: Tom, they are hijacking planes all up and down the east coast. They are taking them and hitting designated targets. They’ve already hit both towers of the World Trade Center. Tom: They’re talking about crashing this plane. (a pause) Oh my God. It’s a suicide mission…(he then tells people sitting around him)

Deena: Who are you talking to? Tom: My seatmate. Do you know which airline is involved? Deena: No, they don’t know if they’re commercial airlines or not. The news reporters are speculating cargo planes, private planes and commercial. No one knows.

Tom: How many planes are there? Deena: They’re not sure, at least three. Maybe more. Tom: O.K….O.K….Do you know who is involved? Deena: No. Tom: We’re turning back toward New York. We’re going back to the World Trade Center. No, wait, we’re turning back the other way. We’re going south. Deena: What do you see? Tom: Just a minute, I’m looking. I don’t see anything, we’re over a rural area. It’s just fields. I’ve gotta go.

Tom: O.K….O.K. What else can you tell me? Deena: They think five airplanes have been hijacked. One is still on the ground. They believe all of them are commercial planes. I haven’t heard them say which airline, but all of them have originated on the east coast.

Tom: Do you know who is involved? Deena: No Tom: What is the probability of their having a bomb on board? I don’t think they have one. I think they’re just telling us that for crowd control. Deena: A plane can survive a bomb if it’s in the right place. Tom: Did you call the authorities? Deena: Yes, they didn’t know anything about your plane. Tom: They’re talking about crashing this plane into the ground. We have to do something. I’m putting a plan together. Deena: Who’s helping you? Tom: Different people. Several people. There’s a group of us. Don’t worry. I’ll call you back.

Deena: Tom? Tom: Hi. Anything new? Deena: No Tom: Where are the kids? Deena: They’re fine. They’re sitting at the table having breakfast. They’re asking to talk to you. Tom: Tell them I’ll talk to them later. Deena: I called your parents. They know your plane has been hijacked. Tom: Oh…you shouldn’t have worried them. How are they doing? Deena: They’re O.K.. Mary and Martha are with them. Tom: Good.

Tom: We’re waiting until we’re over a rural area. We’re going to take back the airplane. Deena: No! Sit down, be still, be quiet, and don’t draw attention to yourself! (The exact words taught to me by Delta Airlines Flight Attendant Training). Tom: Deena! If they’re going to crash this plane into the ground, we’re going to have do something! Deena: What about the authorities? Tom: We can’t wait for the authorities. I don’t know what they could do anyway. It’s up to us. I think we can do it. Deena: What do you want me to do? Tom: Pray, Deena, just pray.

(after a long pause)

Deena: I love you. Tom: Don’t worry, we’re going to do something…"

Tom alongside fellow passengers Mark Bingham, Todd Beamer, and Jeremy Glick planned to take back the aircraft with the help of others on board.

The group stormed the cockpit and prevented the plan to crash the plane into the Capitol Building or the White House.

But unfortunately, hijackers then crashed the plane into a field in Pennsylvania.

The Tom Burnett Family Foundation is set up in honor of his life and courageous efforts.

The foundation aims to help 'the young people of our nation become good citizens and future leaders of tomorrow'.