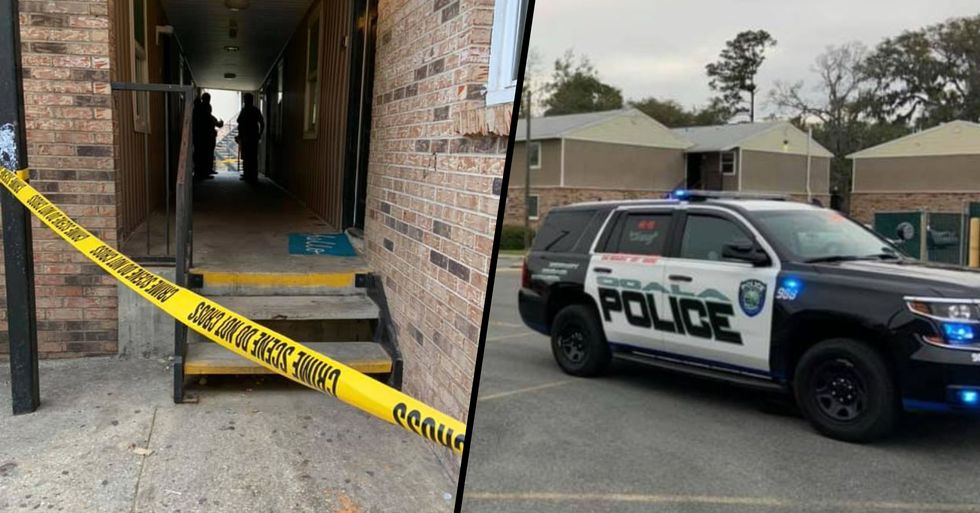 It is a brutal reality that in the world in which we live, there are children out there who will resort to murder.

Whether its a friend or a family member, some very troubled children out there hold the capacity to take someone else's life.

A 9-year-old boy has been charged this week with the attempted murder of his 5-year-old sister in Florida.

A 9-year-old boy has been charged with the attempted murder of his 5-year-old sister.

The youngster has now been officially charged, but this certainly isn't the first time a child has been in this situation.

It is extremely rare...

But children have been known in the past to commit murder.

When these particular cases hit headlines...

Their rarity causes fascination and curiosity around the world.

Children who kill have been studied heavily over the years...

And a lot of psychologists have come to the conclusion that children who end up murdering are often victims themselves.

Psychologists believe there is a pattern...

Children who go on to commit brutal crimes such as murder and assault tend to come from backgrounds surrounded by violence and abuse.

A case of a child using violence or murder is always extremely unexpected and unusual.

Sadly, a horrific incident of this nature occurred recently in Florida.

A 9-year-old boy from Ocala, Florida, was left unattended on the 27th of January by his mom for 10 minutes with his little sister, who is 5-years-old. The family's identity is currently confidential due to the young ages of the accused and the victim.

The mom went outside to check the mail and get some candy from a neighbor for the children...

But when she returned, what she found was unbelievable.

Her son was stabbing his little sister with a knife.

According to a police report, the little boy had a kitchen knife and was using it to repeatedly stab the defenseless young girl.

The panicked mom instantly grabbed the knife from her son...

And he fled to a maintenance shed that was on the family's property.

And in the call, the distraught mom was heard saying, "An emergency, emergency. My daughter, my son stabbed my daughter."

The girl was airlifted to Shands Hospital in Gainesville with multiple stab wounds...

But thankfully, she was alert and responsive at the time and police have said she is expected to survive.

The attack was completely unprovoked...

According to police, as per WESH 2 News, the boy "grabbed his sister by the back of her neck" while she was bent over trying to show him something on the floor. He then allegedly ‘began stabbing her’ while saying "die, die, die."

He is clearly a very troubled little boy...

When asked why he did it, the 9-year-old reportedly told police he had been thinking about killing his sister for two days and that he tried to get it out of his head, but couldn’t.

The young boy has been taken to a juvenile detention center...

He will remain here while doctors, lawyers, officials with the Florida Department of Children and Families and his family weigh in on what should happen next.

He made his first court appearance yesterday...

And the judge has ordered a psychological evaluation for the boy, who will be back in court next week.

His next court hearing is on the 5th of February.

Our thoughts and condolences go out to the family at this extremely difficult time, and we wish the little girl a miraculous recovery from this horrific ordeal. Further updates are to be expected.