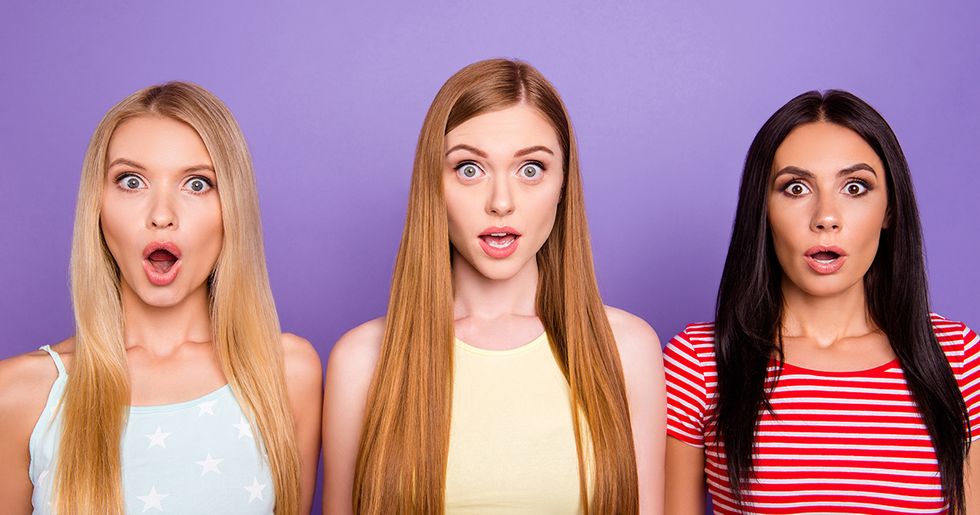 Hey, ‘90s kids! Ever wondered just how much time has flown? So do we! Sometimes we don’t always realize how many years have passed, or what came out when.

But look no further: we’ve put together a list of 20 crazy facts that will blow the minds of any kid from the '90s!

Kids born in the year 2000 are now entering college.

We’ve got our first generation of adults who were born after the '90s ended.

A quarter of a century ago, we were introduced to the same infamous T-Rex that still appears to terrorize in Jurassic World.

How far back does Drake’s career go?

The rapper first appeared on Degrassi: The Next Generation over 15 years ago (2001).

Saved By The Bell ended over 20 years ago!

Have some Star Wars trivia!

Star Wars Episode I - The Phantom Menace came out 19 years ago, which as almost as long as the gap between the prequels and Star Wars: A New Hope, which came out in 1977. See more trivia from one of the most famous sitcoms ever, on the next page!

And how about the ‘classic’ sitcom Friends ?

Speaking of the kids from Friends …

Monica and Chandler’s twins would be 14, the triplets would be 20, and Ben would be 23!

Just think about how long we’ve had Friends in our lives!

If you (or your kids) watched the PBS show Zoboomafoo, we’ve got some bad news.

There’s an app for that!

Tamagotchi's were first released in 1996—and now, years after they became obsolete, there’s a Tamagotchi app you can download onto your phone! Next up, a mind-bending fact that spans decades!

Cher Horowitz of Clueless would be 39 today.

And Buffy Summers would be 37!

Who can forget the supernatural teen cult classic that ran from 1997 through 2003?

Guess what else is over 20 years old?

Backstreet’s Back, the Backstreet Boys’ second studio album, is now 21 years old (it came out in August of 1997).

And so is Men in Black

Will Smith and Tommy Lee Jones’ sci-fi comedy also came out in 1997! Keep reading for more crazy facts from the best shows and movies of the '90s, plus one multi-media phenomenon that has been around for decades!

Which is older than Catherine O’Hara was when she played his mother in Home Alone (1990)!

The music that is now considered 'old' doesn’t feel that old.

Yep, when people say ‘oldies,’ they’re talking about songs that came out in the ‘90s. All of that iconic pop, rap, and grunge? It’s old.

Full House gave us all the feels!

And the twins, Mary-Kate and Ashley Olsen, are now older than Bob Saget was when Full House began.

In 1996, The Spice Girls released their debut single.

Were you part of the Pokémon GO craze?

The original Pokémon came about in 1996 as well—we’ve been trying to catch ‘em all for over two decades! Share this story with fellow '90s kids, and watch their minds implode!