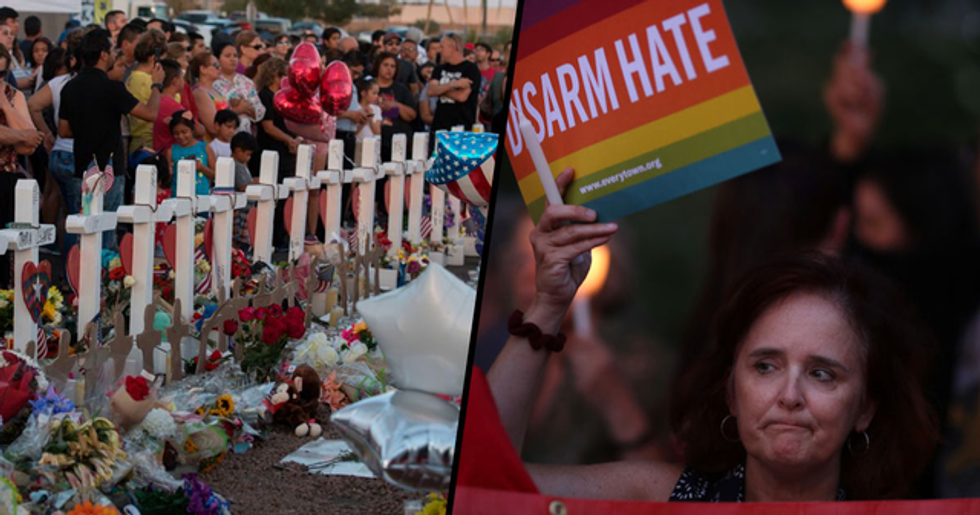 93 People Died in Mass Shootings in August in the U.S.

And if these figures don't suggest that we are experiencing a deadly crisis with gun control, I don't know know what will.

Not any time soon, apparently.

There was a frustrated outcry by gun-control advocates across the country when it was announced that new laws will go into effect on Sunday in the Lone Star State that loosens gun restrictions.

Despite all of the violence, guns will be more readily accessible than ever before.

The new laws, which were signed by Republican Gov. Greg Abbott in June, will make it easier for Texans to have guns in schools, places of worship, and foster homes, where children live and apartments. Now we have entered September, all we can do is hope for no repeats of last month's atrocities... though these new laws aren't looking promising. To learn more about the atrocious gun violence in this country, keep scrolling.