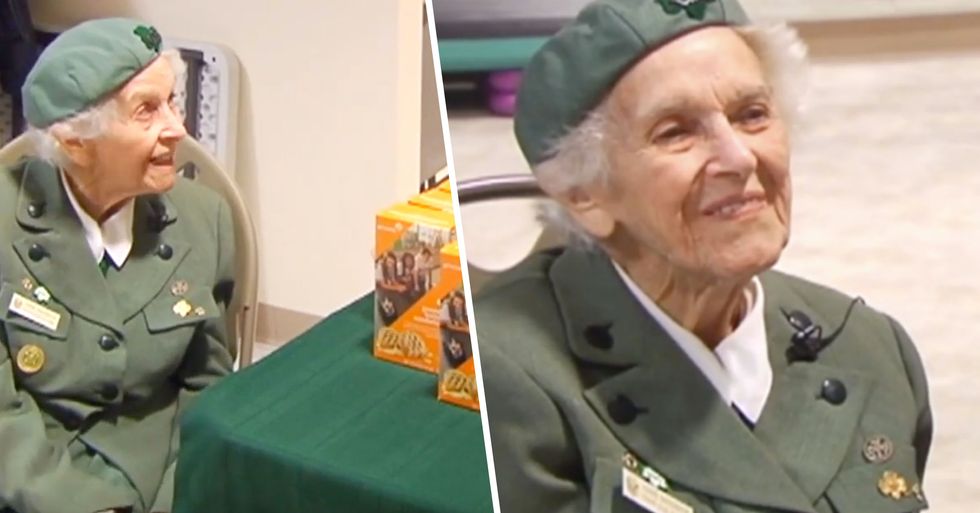 Mankind has been searching for the mythological elixir of life for centuries. Some believe it will defeat aging and grant immortality. Even the Mayans spoke of legends about waters of eternal youth.

One woman from Pennsylvania has found her own way of cheating death...

Many people think that life expectancy is based heavily on genetics.

However, it is actually more about the way you live, such as your diet and lifestyle that has the biggest impact.

Here are some of the best habits linked to a long life...

I have to admit, some of them make me question if I really want a longer life.

Well, that's me out. Studies suggest that there is a strong link between people reducing their calorie intake and living a longer life. It also lowers your likelihood of disease.

This one's a no-brainer really. Eating a wide variety of plant foods, such as fruits, vegetables, seeds, and beans has been shown to promote longevity. But when fried chicken is so easily accessible, it's hard to resist.

Again, this will come as no surprise. Even as little as fifteen minutes a day can have a huge impact on your life.

If those pictures on the front of cigarette packages aren't enough to put you off, overall people who smoke may lose up to 10 years off their life! It's never too late to quit.

Cut down on your alcohol intake.

As fun as it might be to throw back a couple of margaritas with the girls, it might be time to swap the bar for a coffee shop. Heavy alcohol consumption isn't just linked to an early death, it is also associated with several diseases, including liver, pancreatic, and heart disease.

Have a good sleeping pattern.

Sleep is probably the most crucial. I might be biased because I need at least twelve hours to feel even half-human in the morning. It regulates cell function and gives your body time to heal. Experts say you should be getting between 8-9 hours a night.

Stress and anxiety can have such a large impact on your life, even making sufferers more likely to die from heart disease, lung cancer, or a stroke. I'm now stressing about the fact I'm stressed! Apparently laughter and optimism are the best components to the solution, so get watching The Office and give yourself a few extra years.

Focus on making yourself happy!

A review of 35 studies found that happier people live up to 18% longer than those who aren't. One woman has done just that, and at 98 years old she isn't showing any signs of stopping.

Check out one woman's story...

A ninety-eight-year-old woman from Pennsylvania has been selling girl scout cookies since the Great Depression!

She shows no signs of stopping anytime soon!

Backenstoe has since been selling Girl Scout Cookies every single year.

She is even still part of a troop. Her fellow scouts joined her for a cookie sale at her retirement home, in Phoebe Berks.

Her fellow scouts say she makes them all laugh and has non-stop energy.

When Ronnie first started selling cookies, each box was only fifteen cents each.

This was the same year Amelia Earheart became the first woman to cross over the Atlantic Ocean. There were only three kinds of cookies available. Ronnie's favorite cookies are peanut butter, for anyone wondering.