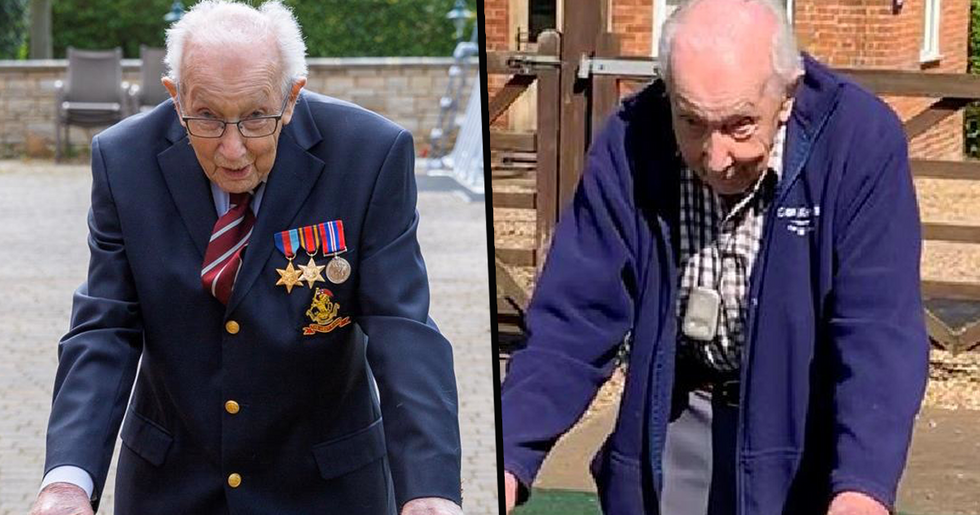 People all over the world are doing their bit to help key workers during these confusing times, but one army veteran has vowed to embark on one more act of service for his country, all before his one-hundredth birthday!

He never thought his actions would have such an impact. Keep scrolling to find out what this ninety-nine year old is doing to help...

Mr. Moore from Yorkshire, UK, was posted to India during WW2, and later fought on the Arakan.

Moore - with help from the more tech-savvy members of his family - has set up a fundraiser for all the doctors and nurses risking their lives during this crisis.

His goal is to walk one-hundred laps of his garden before he turns one-hundred at the end of this month.

But his target was soon surpassed, with the total now exceeding the equivalent of 1.6 million dollars!

Captain Moore was beyond words when he found out.

BBC reporter, Dan Walker, revealed the site had crashed due to such high demand.

He said: "When you think about who it's for, those brave and super doctors and nurses we've got, I think they deserve every penny." "I hope we get some more for them too." You can donate to Tom's page here. Keep scrolling to witness the unbelievable actions of another key worker protecting a child with a compromised immune system. This effort is outstanding.