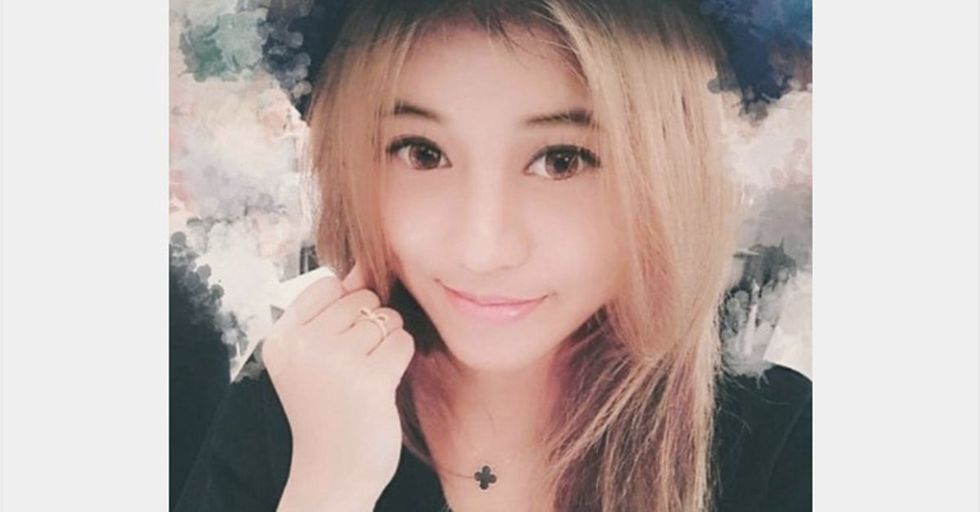 A Bank Error Put $4.6 Million In This Girl's Account and She Spent $3.3 Million Before Getting Caught!

What would you do if you checked your bank account to realize you had an additional $4.6 million that wasn't supposed to be there?

It happened to one girl, and the temptation proved too great. She went on a lavish shopping spree, trying to spend the cash before anyone noticed. But they did, and she paid a very steep price...

Her name is Christine Jiaxin Lee, 21-year-old engineer from Malaysia who, when living in Australia as a student, found something shocking.

Only, in real life, things that come this easy always have strings attached. This is no exception. People don't get millions of dollars from banks without others noticing.

She didn't do anything to facilitate the error. It just happened due to a mix-up on the bank's part.

But that's where the ethical grey area ends. She took the money and went on a wild shopping spree. The temptation was too much to resist.

She even got a fancy apartment.

She moved to Sydney's trendy Inner West neighborhood. That was the beginning of the end for her run of wealth, however.

She wasn't exactly using this money to secure her future. In fact, it was almost like a game to see how quickly she could blow through it.

Oh, and she bought handbags. SO MANY HANDBAGS.

She spent almost a million bucks on them alone. Not the wisest use of money, now is it?

This graphic was created by the Sydney Morning Herald as they investigated exactly where the money went.

She spent almost all of it in just a year.

$3.3 million of the $4.6 was gone. I guess you're not too careful with cash when you never worked for it. Just ask those broke lottery winners.

Remarkably, her boyfriend was oblivious to her spending and never knew what transpired.

He learned only when she got arrested. She got out on bail, but has to report to the police station twice per day and give up her passport.

That's NOT the glamorous life she was hoping for. And somehow, it got even worse. I mean, can you believe this girl?

She has to pay it ALL back.

She claimed that she thought her parents gave her the money (WHAT?) but now has to pay back all the money she spent. It's being treated as a loan.

Needless to say, the honeymoon is over.

I guess she does have some pretty wealthy parents, because it's being reported that they're going to cover the whole amount and get her out of debt. She says, "I have [told my parents about it] and they are not very happy with me." Duh.

Well, duh. That's financial fraud. I can't imagine many parents, save for the ones who hope their daughter becomes a criminal, would be too please.

Read up on this guy who found the same "blessing" in his account one day, only to blow it all on the dumbest stuff imaginable. Guess how THAT ended...