A Britney Spears Musical Is Coming to Broadway | 22 Words 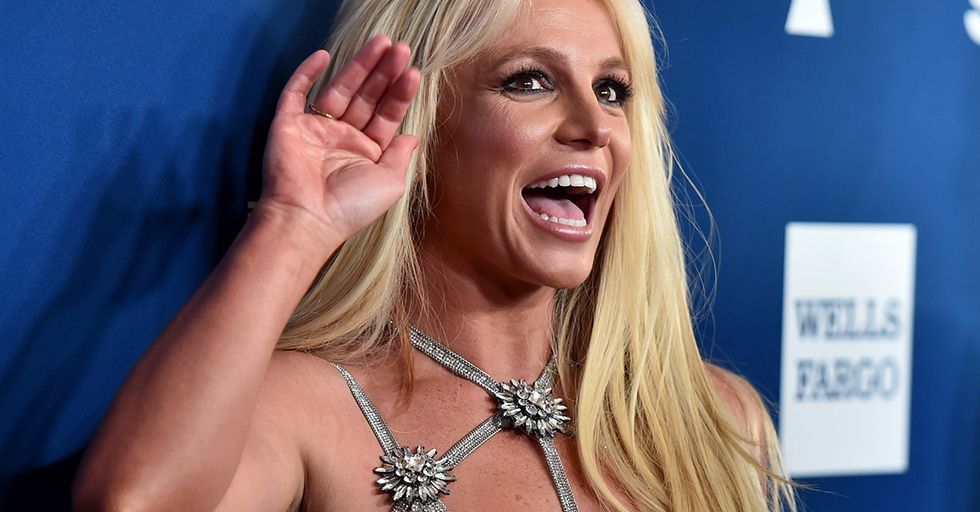 A Britney Spears Musical Is Coming to Broadway

If I were to tell you that in one week in the year of our Lord 2019, Felicity Huffman was arrested by the FBI as part of a huge college admissions scam and we learned that there would be a Broadway musical based on the songs of the one and only Britney Spears, would you have believed me? I think not.

And yet, here we are. The college admissions scandal is a whole other thing, but let us sit and chat for a few minutes about this Britney Spears musical. It is a musical that uses the music of Britney Spears. The icon, the queen of pop. I know. It isn't like those other jukebox musicals, however, where it fictionalizes the artist's life. No, no, no. That would be too simple. That would be too mainstream. This Brintey Spears musical is something else entirely. Just wait until you hear what it's about.

On Tuesday, March 12, the news broke.

According to The Hollywood Reporter, there will be a new musical making its "pre-Broadway debut in Chicago this fall."

It uses the music of Britney Spears. 23 of her songs, in fact.

ATTENTION BRITNEY ARMY! We are SO excited to announce the new musical comedy set to the pop anthems of… https://t.co/775UlkBx7k
— The Britney Army (@The Britney Army)1552401331.0

And it's called Once Upon a One More Time. Is that title supposed to be a joke? Is it not? Who knows? We may never find out the truth.

And it's coming to a theater near you (if you live in Chicago, and then New York, once it gets to Broadway).

When the musical was announced, the internet, as always, stayed very calm, cool, and collected about it.

JUST KIDDING. People freaked the freak out. Because how could you not?!

An entire musical! Using the music of Britney Spears!

What's not to love? What questions do you have about it? Who cares?! Most people were automatically on board. As they should be.

I mean, how could a Britney Spears musical not star a character named Lucky, after her perfect song, "Lucky"?

But it doesn't. The actual description of the musical's plot is more bonkers than you can imagine.

Classic fairy tale princesses gather for their book club (obviously) when a "rogue fairy godmother drops The Feminine Mystique into their laps." Obviously.

It's a revisionist, feminist take on classic fairy tales, y'all!

Using the music of Britney Spears. What is not to love about this? It's truly insane in the best of ways.

Sure, it makes no sense.

But it doesn't have to. It's a musical play based on Britney Spears songs. It was never going to make that much sense.

Most people were immediately on board.

Yeah, it's crazy! But it's also kind of cool? Like, what's wrong with a little feminist fairy tale romp? That uses Britney Spears music?

It actually sounds pretty delightful all around! And I'd be lying if I said I wasn't going to try to get tickets!

Also, let's not forget...all the music?

Even if you're not generally a fan of musicals, you might love this.

And honestly, if you're a fan of musicals and not Britney Spears, there's something wrong with you, but you would still probably enjoy the play too.

It's really got something for everybody.

As of right now, according to The New York Times, the show is scheduled to start previews on October 29, open on November 13, and to run until December 1.

Many are already coming forward with their fire plot ideas.

Um, like, this obviously has to happen. It is a no-brainer. Maybe Britney songs pair with classic fairy tales better than we think...

This is also a great idea:

If Elsa singing Break the Ice isn’t a moment in the Britney Spears musical that is a wasted opportunity
— parvati deep (@parvati deep)1552569265.0

Although was Elsa created specifically for Disney? If so, they might not be able to use her in the play.

This guy has a great idea for the Rapunzel scene.

I will only see the fairy tale britney spears musical if there's a part when Rapunzel, unseen, lets her hair down f… https://t.co/mMEs3ckVUF
— Evan Lambert (@Evan Lambert)1552418626.0

I hope there are more Britney nods in the show than just the use of her music. She deserves it!

This Britney Spears impersonator wants in:

I need more details on the @BritneySpears musical “Once Upon A One More Time”. Who do I talk to about an audition?
— Derrick Barry (@Derrick Barry)1552418091.0

And honestly, even though the actual story doesn't revolve around Britney's life, it'd be cool to include her look-alike!

This is a reason to move back to Illinois if I ever saw one.

I don't blame this kid. I've never actually taken a trip to Chicago, but I'm thinking about this fall now... No reason...

Some don't know if, based on the description, the show will be good or bad.

Better see it a bunch of times to find out! Here's the thing: It sounds like even if it's bad, it will be good.

Others are disappointed it's not a Crossroads musical.

But hey, if this one is successful, you never know what other Britney-centered musicals they could make in the future!

This person really doesn't like the idea of the musical.

@TheBritneyArmy @britneyspears This was so unnecessary. She is not a nostalgic act. Stop exploiting her discogra… https://t.co/gvU57Z9luX
— Encik BG✨ (@Encik BG✨)1552402858.0

Mark my words, buddy: Even if it's a disaster, it will still be wonderful. A wonderful disaster.

Even people who are theoretically tired of jukebox musicals are on board with this one.

me: we really need to take a break from jukebox musicals, there’s a huge necessity for new musicals with original s… https://t.co/RJWAHwEVtQ
— Meg (@Meg)1552403781.0

It's simultaneously the weirdest and most random and most perfect use of Britney's songs. I can't describe it any other way.

As this person says, we have to stan.

@PopCrave @britneyspears Pretty soon everyone is going to want a jukebox musical. And miss Britney Spears will have… https://t.co/symkELUEsH
— Britney Fan (@Britney Fan)1552423618.0

We just have to! Sorry not sorry. It's too insane and great not to be completely on board.

Look, the world is crumbling all around us.

Britney Spears has a musical coming to Broadway there has literally never been a better time to be alive.
— AMJ (@AMJ)1552434292.0

Climate change will claim the planet within 100 years. The least we deserve is a bonkers feminist fairy tale musical that uses the music of Britney Spears.

All conversations from now on must be about this musical.

I'm going to get "Only talk to me about Once Upon a One More Time" tattooed on my forehead.

Only true legends should have their songs turned into musicals.

And Britney Spears is a true legend. Pretty sure that much can't be disputed at this point.

This has been quite the week.

The Lori Laughlin-Felicity Huffman scandal is just a distraction from Once Upon a One More Time: The Britney Spears Musical.
— little gurgles (@little gurgles)1552402946.0

But the huge college admissions scandal was simply the appetizer. The Britney Spears musical news was the main course.

Here's everything you need to know about the Britney Spears musical:

Honestly, that should be enough.

What more could you want? Share this with someone who needs to hear the news!