A Cat Crashed a Baseball Game In the Most Adorable Way, and Now It's a Viral Hero | 22 Words 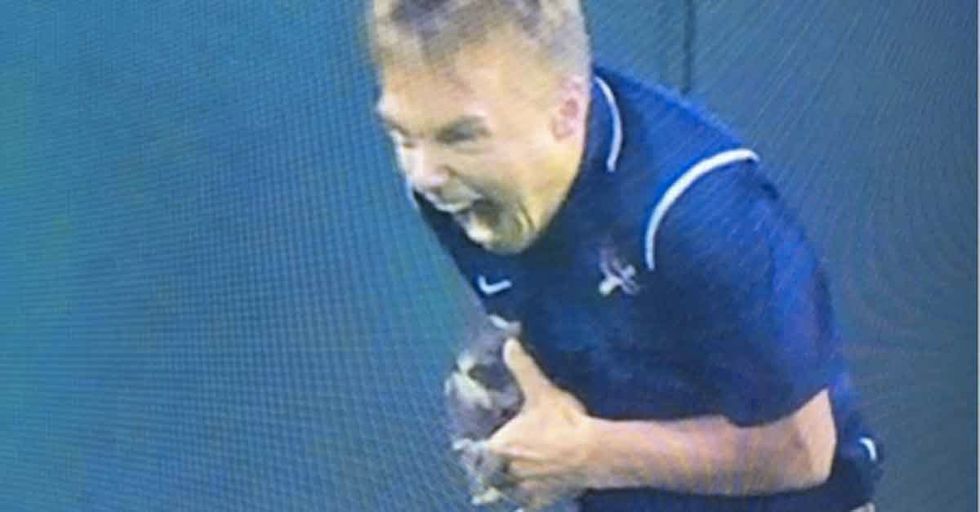 A Cat Crashed a Baseball Game In the Most Adorable Way, and Now It's a Viral Hero

Sports are not everybody's cup of tea, and I totally get that. Baseball specifically can be pretty boring to a lot of people. But you know what isn't boring? Anything involving kittens.

These worlds collided in an unlikely way last night. Get a load of this.

If you're wondering what that tweet means, allow me to translate for you.

The Cardinals hit a grand slam home run to take the lead after the cat ran onto the field.

And the player that hit the home run is nicknamed Yadi. Ergo, the cat should also be named Yadi. See, sports aren't complicated!

It wasn't all fun and games for everyone though, since somebody had to actually go retrieve the Rally Cat.

As you can see in the video, the grounds crew member makes an incredible effort to get the cat. He even leaps into the stands at the end, much to the players' enjoyment.

He got bit pretty bad by the Rally Cat, but to be fair, you'd probably be terrified if you were that cat.

Imagine accidentally wandering into a building with 30,000 people in it and you're suddenly in the middle of the action.

We later received an update on the injured ground crew member, who had served a noble cause in removing the rally cat.

He even tweeted from his personal account to update us.

Thank you, Lucas. You have done well. The Cardinals should promote you if they know what's good for 'em.

Thanks to the Rally Cat, the Cardinals were able to come back and win the game.

Maybe more teams should release animals onto the field if they need a spark.

Cats and baseball are the perfect marriage. Who knew?