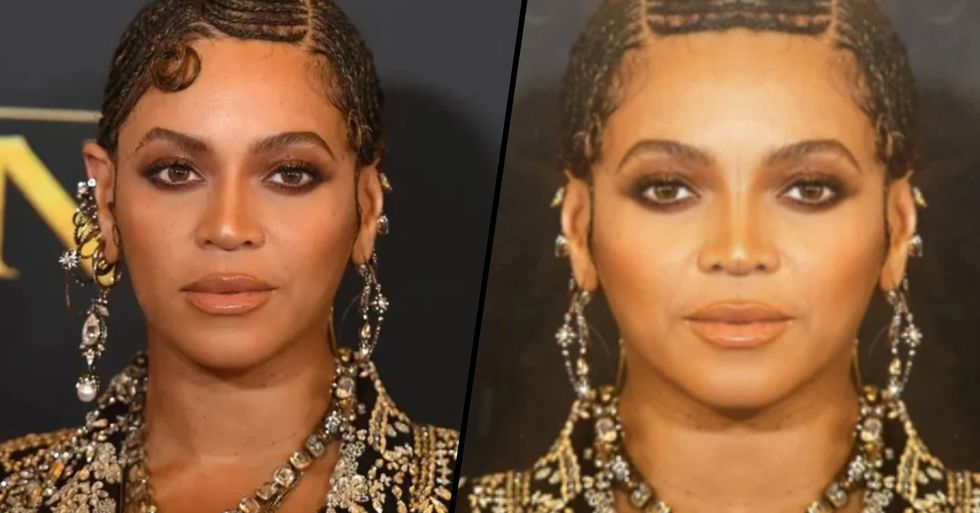 The beauty standards set by our society are toxic, to say the least. In order to be considered "beautiful" or "flawless", one must have the following: An hourglass figure, long, silky hair, perfectly smooth skin, and symmetrical features.

The latter trait has been put to the test by a doctor in a new Tik Tok trend and has made us all realize that these standards are not as accurate as we initially thought they were.

Read on to see the shocking pictures...

A recent trend on Tik Tok has us all contemplating our own faces.

For those of you that don't know, Tik Tok is an iOS and Android app made for creating and sharing short lip-sync, comedy, and talent videos.

While we're all stuck inside because of the pandemic, many have taken to Tik Tok in order to keep themselves entertained.

Even though some of its viral trends have been hailed as stupid or dangerous, others have provided us with hours upon hours of quality entertainment.

However, the most recent trend to take the world by storm involves one certain filter...

And as more and more users start using it, they're all noticing the same thing...

That their faces are not symmetrical at all.

But is that a good thing?

While a lot of people have always counted perfect facial symmetry as a classic trait of being "attractive", an expert has recently proved that too much of it can actually make you look the total opposite.

And in order to prove his theory, Tik Tok user @208skindoc decided to use the filter on celebrities.

He is a board-certified dermatologist, so he really knows what he's talking about. The video quickly went viral so everyone else started trying it too.

Using photos of some of our favorite celebrities and the Face Symmetry app, here are the results of having "perfect" facial symmetry.

I must warn you, some of these photos are wild.

This is what Denzel Washington normally looks like on the red carpet.

Here's the left side of his face:

But then here's the right side:

His face has thinned out a lot, so the right side of his face is much smaller than the left.

Beyonce is considered one of the most beautiful celebrities out there but check out what happened when her face was tried for symmetry.

Here's the left side:

Oh no, Queen B, what's going on here?

And here's the right:

In a similar situation to Denzel Washington's case, her face is also much thinner.

Even though Kim Kardashian has undergone a lot of facial work, her face is still nothing close to symmetrical.

Weirdly, Kim's left side is thinner than her right.

And here's her right side:

Experts have claimed most people prefer their left side over their right, but for Kim, maybe it's the opposite?

Here's a picture of Brad Pitt at this year's Oscars.

Here's his left side after being put through the app:

And here's the right side:

So there we have it. Proof that a symmetrical face doesn't necessarily mean you're more attractive. The best thing is to be happy with what you've got. If you want to read more about how people are defying beauty standards, then keep scrolling...