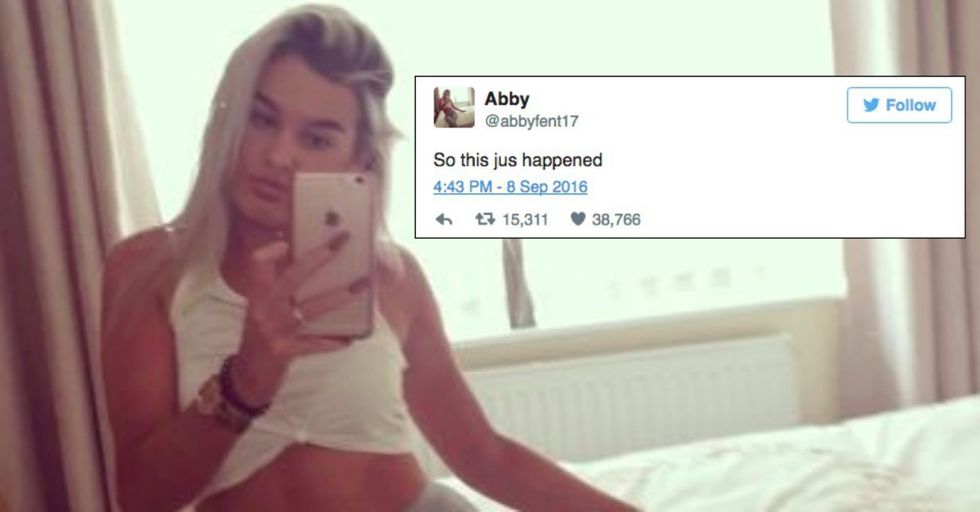 When you're out on the town and exchange numbers with a stranger, there's always the chance that things could get weird at some point in time. Add in alcohol and the expectations of weirdness get exponentially higher.

She recently went out with some friends to a club called the Viper Rooms. During the night, she met — and exchanged numbers with — someone called Liam. "He came up to me and he seemed okay," Fenton said. "Then he offered to buy me a drink so I accepted then walked off to join my friends."

A few days passed, but when it became apparent Liam probably wasn’t going to get anywhere with Abby, he shot over this text.

Yes, he billed her for the single drink he bought her, earning the crown of "cheapest dude in the whole freaking world."

Fenton tweeted it out and as you can see, it got a huge response with most people in disbelief that he'd asked for the money back.

Others were surprised that Fenton had actually transferred it to him.

At any rate, Fenton is still keeping a sense of humor about the whole thing.

But I defer to you, Internet... Pay him back or delete the text and the number forever?