A Guy Brought the Most Ridiculous Thing Onto an NYC Subway, and No One Seemed To Bat an Eye | 22 Words 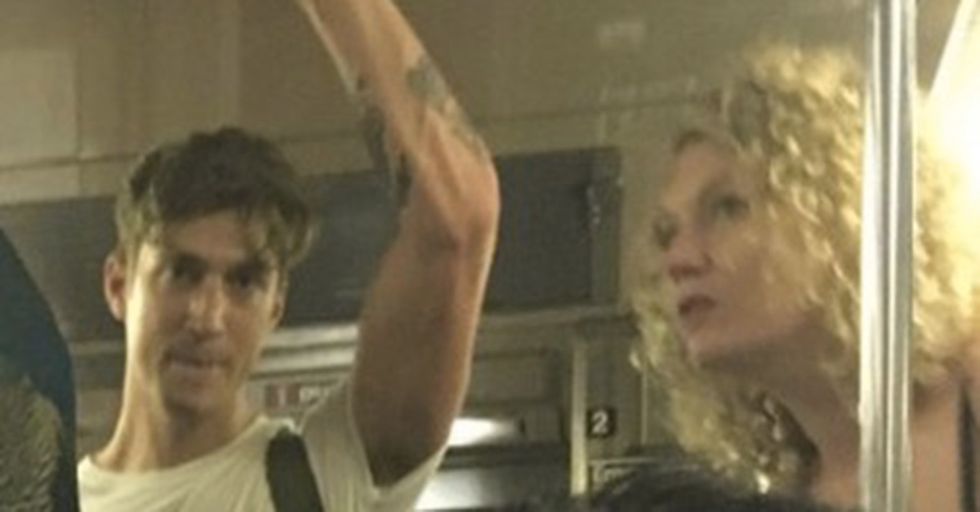 A Guy Brought the Most Ridiculous Thing Onto an NYC Subway, and No One Seemed To Bat an Eye

If you live in New York City, chances are you're going to see something weird if you spend enough time out in public. You'll see people in costumes, street performers, and apparently even peacocks.

Imagine you’re on your daily commute and you look up to see…THIS!

You would think that people would be a bit more surprised to see a colorful zoo bird on a train car, but...

This must be pretty standard for New York, because no one is even looking at him or his traveling companion.

People aren't even looking up from their phones! You'd think they'd at least be taking pictures. Well, at least one person is, because we got the first image.

There might actually be a perfectly valid reason no one is acknowledging the bird.

I have no idea what could get more attention than a peacock on a train, but it's New York, so there's all sorts of stuff, I suppose!

The peacock guy is starting to gain some Internet notoriety. I mean, if you're going to bring a bird with you — a peacock for that matter — you're not shying away from attention.

That's kind of awesome. Just bring your pet peacock, and you're instantly the life of any party!

However, not everyone is having as much fun with this as we are.

The New York City Transit tried to put a stop to the fun by finding out more about the mysterious man with the peacock.

But the Internet had his back. I mean, he provided entertainment for everyone on the train.

No one is going to snitch on the guy with a peacock; that's just common sense.

Plus, there are probably worse things that take place on that subway every day.

The peacock seemed remarkably well behaved and didn't seem to bother anybody. That's more than you can say for a lot of humans on the train.

Twitter tried to do a little matchmaking for the mystery peacock man.

I guess bringing your giant pet bird onto the subway is more normal than we thought. Maybe that's why nobody's even looking up.

I guess this is just normal for New York though.

Another day, another giant bird on the subway!