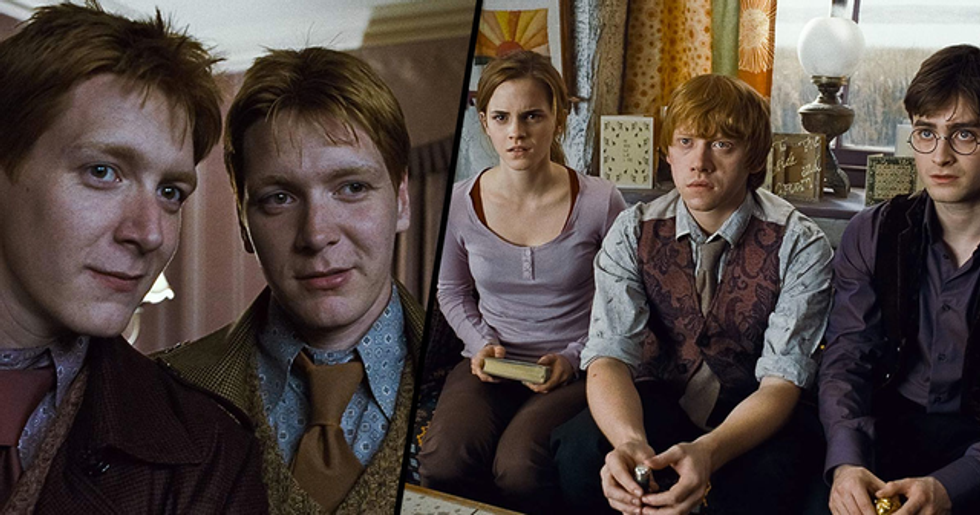 Yes, we've been teased with a couple of spin-offs (Fantastic Beasts and Where to Find Them, to be precise...) but apart from that, we've been sat, twiddling our thumbs, eagerly awaiting the return of our favorite witch and wizard gang.

But the reunion we've all been waiting for may have just happened... And we completely missed it!

Last weekend, certain members of the original Harry Potter cast were pictured together, sparking rumors of their potential return to their old characters. But, quite remarkably, nobody realized until the following day once the pictures were posted online.

Keep scrolling to see the reunion, and to hear the real reason as to why the cast was reunited...

Tom has been regularly spotted with various members of the Harry Potter cast...

And earlier this year he posted a photo of himself with the Weasley brothers with the simple caption, "Lads."

Or Matthew Lewis, as he's known in the muggle world.

But what about the rest of the cast?

Though Draco has been quite active in the wizarding community, other members of the Harry Potter cast haven't been seen together in quite some time.

Last weekend, fans completely missed a particularly magical reunion between some of the old cast members.

Members of the Weasley family were reunited.

We all loved the Weasley's, didn't we?

What a time to be alive. Evanna Lynch, who played the eccentric Luna Lovegood, shared a couple of photos from the Rhode Island Comic Con on her Instagram account, which showed herself hanging out with Fred and George - also known as James and Oliver Phelps - and Ginny -Bonnie Wright.

Though the cast have all aged considerably since the movies...

It is amazing to see that they are all still incredibly recognizable as their magical, children counterparts.

Evanna also shared a photo to her Instagram story...

Where the Phelps brothers are visibly mocking the actress for her selfie stick. Some actors are far too alike to their on-screen characters, evidently...

Though these reunion pictures are nothing short of fantastic...

We may be waiting a little while longer for an official Harry Potter reunion. But, for the meantime, we will have to make do with these bizarre fan fiction theories...