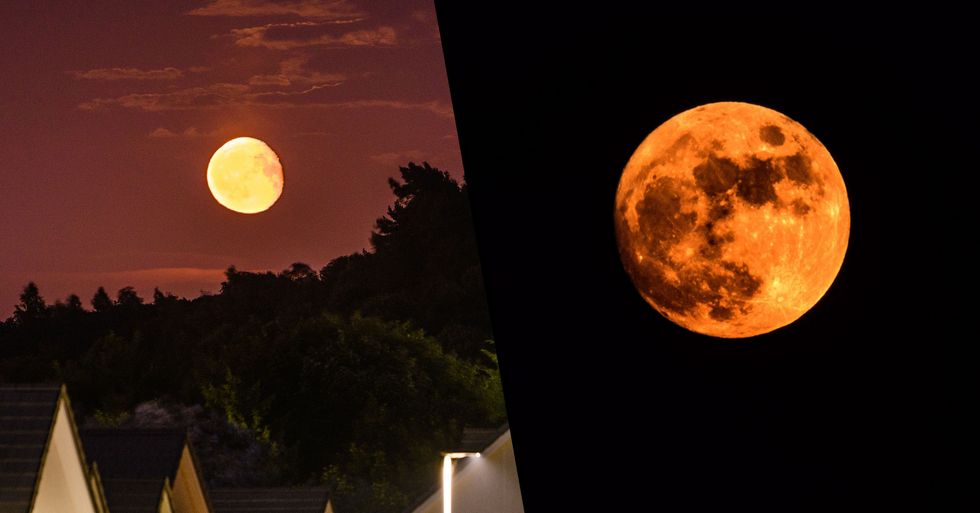 A Harvest Moon Will Light up the Skies This Week

A Harvest Moon is reported to be making a grand appearance this week and light up our skies in time for Fall...

The moon is a mysterious place...

And it's something that we've all thought about at some point in our lives.

But more than likely, it isn't a place that not many of us will visit.

Unless you're a space-defying astronaut!

So for the majority of us, we just have to admire it from the ground.

Which we don't mind, of course!

But did you know that there are many different types of moon?

Well, there's only one moon... but depending on the weather, location, and astronautical conditions, the moon can give off some amazing colors.

For example, we have the Strawberry Moon.

The Strawberry Moon can also be called Honey Moon, the Mead Moon or the Rose Moon...

But the name Strawberry Moon derives from the Algonquin Native American tribes in eastern North America.

The appearance of this form of the moon was used as a signal to gather ripening wild strawberries...

A very smart idea, we must say!

There are some out there who have been lucky enough to have witnessed a Strawberry Moon in all of its glory...

Take this stunning view, for example.

Just look at that...

The color is amazing.

Well, it turns out that we're going to be in for a treat this week...

But it isn't going to be a Strawberry Moon.

Reports are in that we're expected to be graced with the presence of a Harvest Moon this week.

But what exactly is a Harvest Moon?

A Harvest Moon, which is also known as a Corn Moon, is the moon that occurs closest to Autumn...

And it signifies the beginning of fall and a time when farmers would rely on it's prolonging light to harvest their crops late at night.

The Harvest Moon is also known as the Fruit Moon and the Barley Moon...

According to NASA: "The Maine Farmer’s Almanac first published Native American names for the full moons in the 1930s. Over time these names have become widely known and used.

And it has been predicted by meteorologists to last for around 3 days... so nobody will miss out!

It's remarkable how every year, the Harvest Moon works like clockwork and arrives dead on time.

The "full Harvest Moon" is expected to arrive on the 2nd September, 1.22 am EDT.

And many are making plans to witness the phenomenon for themselves.

But believe it or not, the Harvest Moon has a rather spooky significance.

This is because its appearance in the sky coincides with the Chinese Hungry Ghost Festival.

"The 7th month of the Chinese calendar is the Ghost Month and the fifteenth day of this month (a full moon day) is called Ghost Day, on which ghosts and spirits, including those of deceased ancestors, come out to visit the living," NASA says.

Make sure to keep your eyes peeled over the next 2 nights to get a glimpse of this gorgeous Harvest Moon! Keep on reading to learn about the amazing moon garden you can plant in your very own backyard...