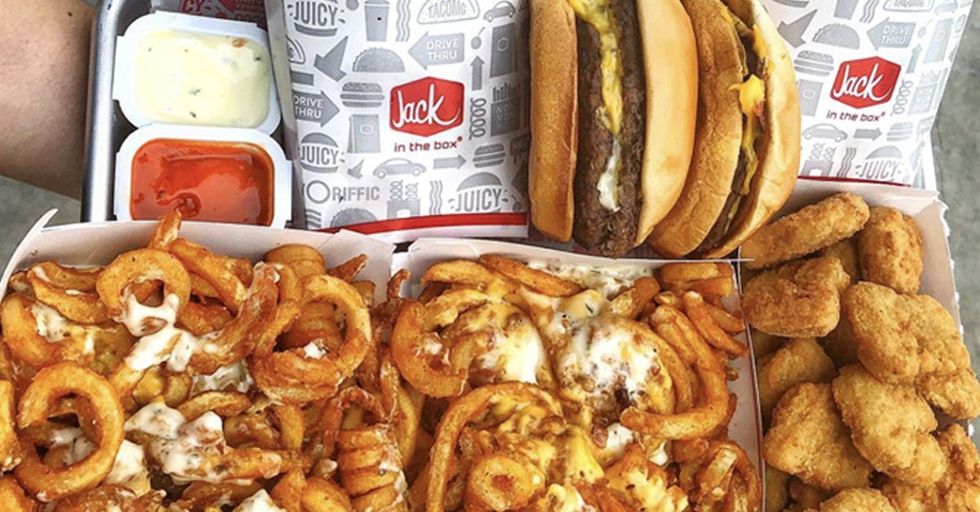 Plenty of people have that favorite chain restaurant they love to visit. But did you know that your fave might be shrinking in size this year? (*cough cough* Starbucks) Despite their notoriety, a surprising number of chain restaurants have closed down a lot of their branches, which has resulted in a major shift in the company's growth.

The restaurants on this list range from fast food to casual dining; each has its own reasons for declining sales. From failed promotions to health scares, some of these places may be suffering from a slump.

Now that 2019 is almost up, let's see which ones just about managed to survive and which ones met their end...

Were you among the many who saw breakfast chain IHOP temporarily change its name to IHOB (International House of Burgers)? The chain added 10 burgers to its menu... not that it helped much.

According to Business Insider, customer traffic has been going down for 10 straight quarters; subsequently, IHOP planned to close thirty to forty stores this year and sadly, that's exactly what they had to do.

However, there may be a silver lining in all of this...

They have announced new plans to build a few more branches in the upcoming years.

Apparently, this Canadian chain isn't really killing it in the U.S.

Tim Hortons has been steadily closing U.S. locations over the past 2 years...

It also planned to close another eighty-five this year and almost all eighty-five were closed. Approximately two of those stores on the list survived including the branch in Forest Lake. However, The Business Journal recently announced that it has now closed too.

Why isn't Tim Horton's working in the U.S?

Chains like Starbucks and McDonald's, as well as Dunkin' Donuts, all pose as competition to the coffee and donut chain. It is an incredibly saturated market.

And Bloomin’ Brands, which owns Outback Steakhouse, Carrabba’s Italian Grill, and Bonefish Grill, had a terrible PR disaster in 2018 after a woman sued them for swallowing glass with her Outback sweet potato.

All the chains suffered a lack of foot traffic.

Carrabba’s has gone down by 2.9% and Bonefish by 2.7%. Bloomin' Brands is currently trying to get sales back up by offering self-delivery to 240 of its restaurants.

Across the Bloomin' Brands board, an estimated forty-three restaurants closed across the board.

Starting with its former CEO, John Schnatter, who blamed NFL protests for a decline in business back in 2017. Then in 2018, a Forbes article revealed that he'd used the N-word in a conference call. That was the end of Schnatter's term as CEO, and a second unsavory report booted him from his chairman's position.

Papa John's gained a reputation for having a toxic company culture, where sexual harassment happened regularly. Since then, sales have dropped dramatically and the chain planned to close eighty-five stores...

However, they closed many more than that...

Numerous food scares crop up in Chipotle's recent history, including an outbreak of E.coli. This means that Chipotle is still trying to win back many customers' trust.

So the company decided to make some changes.

In a huge restructuring effort, Chipotle is moving its headquarters to Southern California and working on a loyalty program, ordering app, and happy hour discounts.

Hopefully, this won't be the end for Chipotle.

Say goodbye to footlong deals. Subway took away its $5 footlong deal due to hurt sales. In the earlier 2000s, Subway was supposed to be a healthy alternative to burger joints, but now, there are better alternatives.

Other restaurants are able to better nail the "healthy eating" angle.

So Subway is trying to change things by adding WiFi, self-service kiosks, and more comfortable seating to stores. The company projects 500 closed stores this year.

The company closed off 10% of its locations in 2018 and still needs more money after a data breach cost them $11 million. Yikes!

The company is hoping some new menu items will help.

Buffalo Mac & Cheese and zucchini noodles are both new additions to the menu, and the chain is also instituting an order-ahead option.

So locations will be closing.

Cheesecake Factory expected ten stores to be shut down this year.

And Applebee's has also been closing stores ever since 2018. It attempted to modernize with an online ordering app, WiFi and tablets at tables, and offering $1 margaritas. However, the company's Brand President fears that may have driven away Applebee's core clientele.

But it may not necessarily be in danger.

Restaurant Business has noted that the chain is still doing well with its takeout orders and the bar side of its business. However, 189 locations have closed this year.

In the midst of ten restaurants closing this year, the company is trying to rebrand and modernize for the younger generations.

Joe’s Crab Shack filed for bankruptcy in 2017. In a very poor move, the chain abruptly closed forty-one locations - so abruptly that workers still showed up for work, only to find locked doors. The site currently lists fifty-eight sites still in operation.

Jack in the Box's sales have consistently been below industry averages, and its parent company sold Qdoba last year. The company projected fourteen closures this year.

Ruby Tuesday has been steadily closing locations--ninety-five in 2016 and another twenty in 2018. The company says another twenty has closed this year too.

Ruby Tuesday's has a strategy to get the ball rolling again.

The chain revamped its bottomless salad bar (gotta have those healthy options) and is working on emphasizing carryout orders for customers.

The owner of Hometown Buffet and Old Country Buffet has declared bankruptcy 3 times in the last decade. Oh, yeah, and then the company had to pay out $11 million to a man in Nebraska who got salmonella poisoning. Big yikes! So it may be time to say goodbye to this classic...

Ovation Brands is now facing another lawsuit from employees who claim to have bee terminated without warning, and is closing ninety-two stores this year.

With the rising costs of food and the need to meet diners' expectations in a restaurant setting, BWW has to raise the price of its wings by up to 10% - which isn't great, is it?

Currently, the CEO of Roark Captial has said that everything about BWW is being re-evaluated right now and after closing down some stores, they're planning on expanding later.

Sonic's CEO Cliff Hudson blamed “unfavorable weather" and “continued aggressive discounting by the competition" for the chain's struggles. Sonic is currently attempting to revamp its marketing campaign and introduce an order-ahead app for convenience.

Jack in the Box sold Qdoba to Apollo Global Management in 2017. But after a long sales slump and failing to capitalize on competitor Chipotle's many health scares, it's unclear how much longer Qdoba may be around... By the looks of it, not very long.

According to QSR, guest traffic fell 9.6% from 2017 to 2018. Fuddrucker's parent company originally planned to close fourteen stores--but now it is planning on closing even more but numbers have not yet been determined.

That's right. The coffee giant has closed 150 stores in 2019. Turns out having a "Starbucks on every corner"...literally...might not have been the best idea.

Starbucks told investors that many locations are "cannibalizing each other's business."

Makes sense. If you have 2 Starbucks' across the street from each other, one of them is going to do better than the other. Why not cut your losses and just have that one?

But don't worry. Just because 150 stores are closing doesn't mean there won't be Starbucks anymore.

In fact, the verall number of Starbucks increased in 2019 because they're still opened new locations in places like the South and the Midwest. They're also focusing on opening super fancy coffee locations called Starbucks Reserve Roasteries. So the company is doing just fine!

As time has gone by, people's coffee tastes have just changed, that's all.

For example, while people are craving well-roasted hot coffee, sales of frappuccinos are down 3 percent. Starbucks will start to focus on developing more healthy drunks for an "increasingly health-conscious customer base," according to CNN.

So while Starbucks is getting rid of some stores, there's no need to worry.

They still have more than 22,000 locations all over the world, so they're not going anywhere anytime soon. Do you see any favorites on this list?