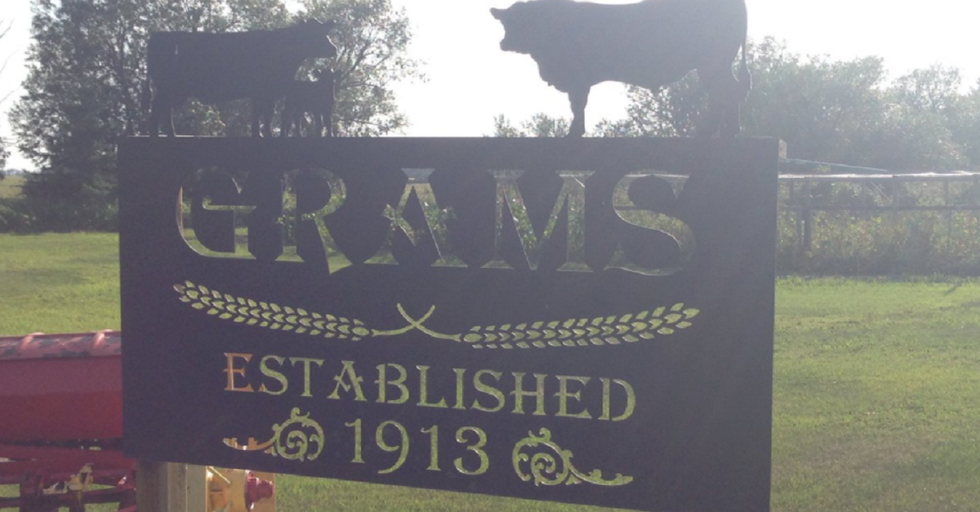 84-year-old Mary Grams has had a long and successful life helping run her family farm in Alberta, Canada. But over thirteen years ago, Mary lost her engagement ring while pulling weeds.

This week, her ring was returned to her in the strangest of ways.

Mary's daughter-in-law, Colleen, was working on the farm pulling carrots for dinner.

And that's when she made an unexpected discovery.

Colleen noticed pretty quickly that one of the carrots was a little weird.

It turned out to have grown around Mary's lost wedding ring, and the carrot even kind of looks like a tiny person. "I am Groot?"

After doing a bit of research, Colleen determined that the ring belonged to her mother-in-law Mary.

She promptly returned the ring, and Mary instantly recognized it as hers.

Mary and her husband Norman had married in the 1950s.

She had the ring since then but had lost it thirteen years ago while gardening.

Mary was mortified that she lost her wedding ring, so she didn't even tell her husband.

She told CBC News, "I didn't tell him, even, because I thought for sure he'd give me heck or something," she said. But she was able to quickly get a replacement ring, but the original was gone forever...it seemed.

But over a decade and one carrot later, Mary finally got her ring back.

Unfortunately, her husband Norman passed away five years ago and wasn't around to enjoy this. But at least that means he probably never found out Mary lost the ring in the first place since she had a replacement. Sneaky Mary!

"It still fits," she says proudly.

Ugh, there it is.