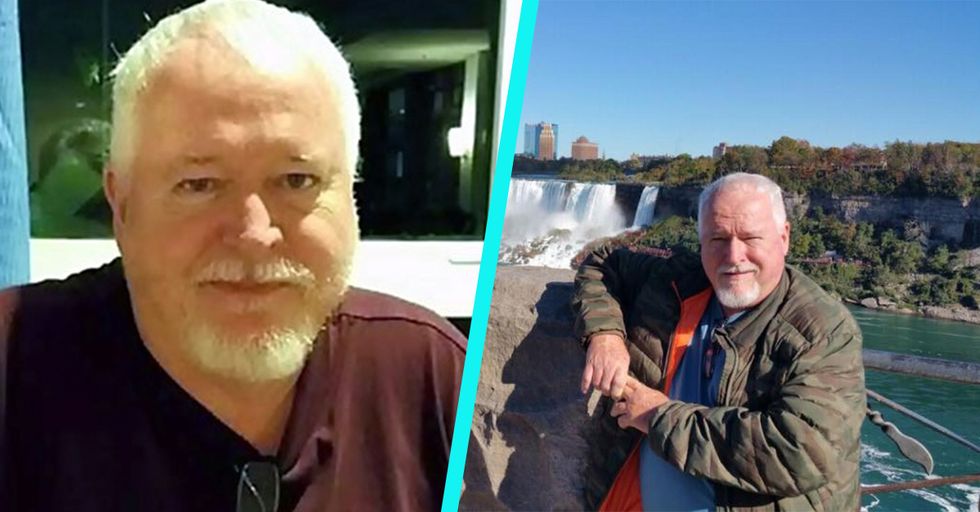 Toronto Serial Killer is Revealed to Be Well-Known Mall Santa

For years, men kept going missing. The police refused to believe there was a serial killer on the loose.

A suspect has finally been arrested and charged with the murder of two men in Toronto's Church and Wellesley village, a hub of the LGBTQ+ community known as Toronto's "gay village."

Now, the police are saying that those two men, who went missing last summer, were most likely not the killer's only victims.

Although their bodies have never been found, Bruce McArthur (66) has been charged with two counts of first-degree murder for their deaths. Det-Sgt. Hank Idsinga of the homicide squad said in a press conference, "I'm well aware of the difficulty of prosecuting people without recovering the bodies, but in this case, we believe we have strong enough evidence that we can do exactly that." And the police believe there are likely more victims.

McArthur has not been charged with their murders yet, but police are not ruling out that he could also be responsible for their disappearances. This is a peculiar case because the public outcry has been substantial — the LGBTQ+ community in Toronto have been saying for a long time that something sinister was happening in their village, and they were largely ignored.
Former Toronto homicide detective Mark Mendelson expressed that he's never seen a case quite like this: "I think this is pretty unique in terms of this being one specific community, a community that has taken the position from the beginning that these things were related. And until the evidence identified that as being true, they were dealing with them as separate disappearances." Still, many were outraged at the perceived inaction of the police department.

CP24 has reported that following a police search of his home, McArthur has been linked to two more murders.

McArthur was detained as part of an investigation they're calling "Project Prism." So far, the police have not revealed what sort of evidence they have that implicates McArthur in the murders. But one source told CP24 that McArthur had been under surveillance for a time when he tried to enter an auto wrecking yard to destroy his car. Police approached him and found blood in the trunk of his vehicle. This is the evidence they used to obtain a search warrant for his apartment.

Vice found a Facebook page belonging to a man named Bruce McArthur who's in his 60s and is self-employed, with a landscaping business. That same man has a profile on a gay dating website, silverdaddies.com. These details are all in line with what has been released by the police.

"I can be a bit shy until I get to know you," McArthur's profile read, "but am a romantic at heart. I love to cook and enjoy most types of food. Just here to see what's out there and maybe make a few new friends." But there's more to this story...

The extent of McArthur's relationships with the victims is still being investigated, but police believe they were "sexual" in nature.

Facebook photos show that McArthur was a Santa Claus at a local mall in Toronto for at least the last two years. In 2015, he posted a photo of himself with the caption, "Back in the Santa Chair for another year." According to Vice, "several of the photos depict him dressed up as Santa and holding small children and babies."

Yes, it's creepy and strange to think about a mall Santa being a serial killer.

But the most shocking thing about this case is the way the LGBTQ+ community's concerns were shrugged off or ignored by police for so long. At first, the police maintained that the disappearances of the three men were not connected.

Toronto's LGBT community has spent months insisting something was rotten, and Toronto's police left us to find the… https://t.co/I6FDUhacla
— Anthony Oliveira (@Anthony Oliveira)1516303947.0

It was only when missing persons cases in the village "began to pile up" that the police changed their tune. According to the National Post, "12 people were reported missing in nine months," and still nothing seemed to be happening. This is what sparked outrage from the community.
They were accused of belittling their concerns because it is a predominantly gay community. According to CTV News, the fact that someone has been arrested and charged bring a sense of "sadness and relief."

Kinsman's former roomate Ted Healey told CTV Toronto, "I'm glad this is starting to end. If there are other people affected by this gentleman, I'd just like to say I feel for them. I really do."

This case is terrifying and surreal. So many in the community were right all along — and they're heartbroken over it.
— Justin Ling (@Justin Ling)1516323232.0

Kristyn Wong-Tam, the city's first openly lesbian councilor, said McArthur's arrest brings "validation" to a community who has fought for so long for their concerns to be heard. "It was actually largely because of the community that raised their voice and said, please give us policing that works and please come and talk with us and are you doing enough. So in many ways, it’s happy news."