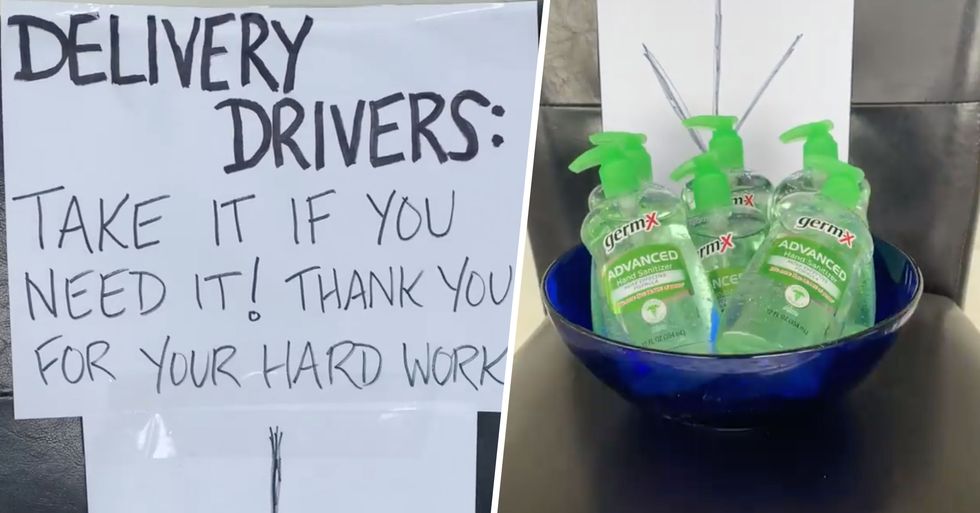 Amidst the coronavirus pandemic crisis, there have come some truly amazing stories of kindness.

The most recent story is about a man who has truly gone above and beyond to provide for essential workers.

Keep scrolling to read about his heartwarming gesture.

Unless you've been living under a rock for the last few months...

Or unless you're Jared Leto, you'll be more than aware of the COVID-19 pandemic that is sweeping our planet.

The virus is believed to have come from the consumption of wild animals such as bats, but regardless of where it came from it has been spreading... and fast.

Its symptoms include a high temperature, a continuous cough, and respiratory problems...

And the virus has proven to be deadly. So far, 16,751 people have died globally and a further 386,962 people have tested positive for the virus.

And lockdowns have been set in place globally, including the likes of Italy and the United Kingdom - which was announced just yesterday by Prime Minister Boris Johnson.

But thanks to the kindness of one man here in the States...

People who have been working around the clock now have their chance of getting their hands on these essentials.

And he is a Youtuber and filmmaker from here in the United States.

Evan recently decided to encourage his followers to make some small but important steps to help each other...

And he decided to leave a little something for his local delivery drivers as they have been working around the clock with little time to get their grocery shopping done.

He left out a small supply of toilet paper and hand sanitizers...

Along with a note saying, "Delivery drivers: Take it if you need it! Thank you for your hard work!"

Evan positioned a small camera behind the stash to capture a shocked delivery driver looking at the stash...

The driver knocks on the front door with a pack of toilet paper under one arm... just to double-check if this was for real.

Evan answers the door to the confused driver, who asks him if he can really take some of the products.

"Yeah, absolutely. It's for you!" Evan says, to which the driver responds, "Oh man, you're a life saver. Thankyou."

Just from looking at this man's face, you can tell this small gesture has gone such a long way.

"I went to Walmart and its kinda' hard... I didn't get no toilet paper!" he explained.

It's time for people to stop being selfish and to start thinking of others less fortunate than themselves...

And Evan's act of kindness is a prime example of how a small gesture can impact a person's entire day. Make sure to keep scrolling for the most recent coronavirus updates...