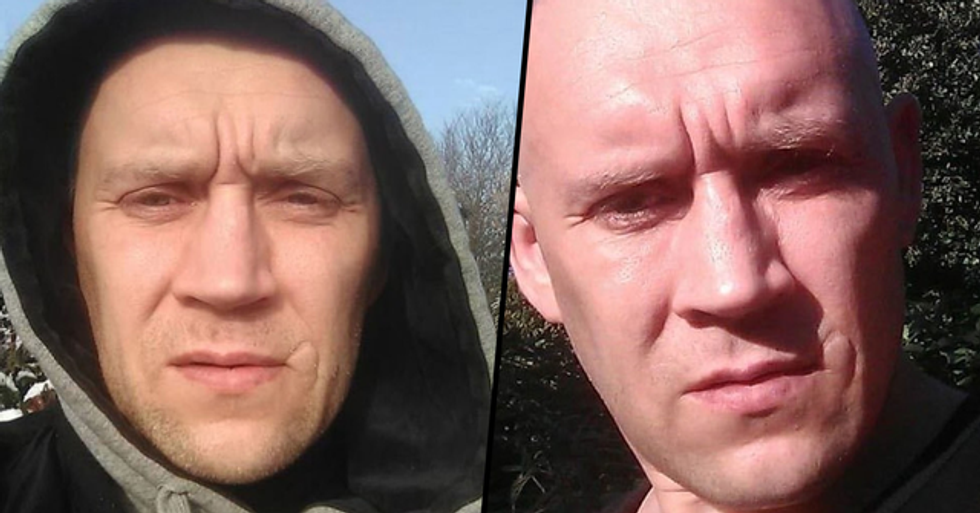 In a series of events that are almost stranger than fiction, a man thought by British police to be missing for the past five years has been discovered, alive and well...

But the story of Ricardas Puisys is truly mind-boggling.

It's hard to go missing nowadays.

Given the fact that technology is spookily tracking our every move...

But it is possible.

Which make missing person stories all the more mysterious!

But one story is absolutely baffling police this week.

As a missing man they presumed had been murdered has been discovered - alive.

He was last seen at work back in November of 2015.

And working at the Nightlayer Leek Company in Dean Drove, Cambridgeshire, UK.

But what happened next is a total mystery.

One that it seems the police are only just beginning to unravel.

He was not seen after work that evening...

For the next five years!

He was spotted leaving with a large group of Lithuanian men.

Which led many to believe he had fallen into the world of gangs.

Which didn't leave Puisys with a great prognosis.

This gang affiliation led police to fear the worst for the missing man.

Which led police to make a super bizarre discovery.

Puisys was discovered living in the secluded Cambridgeshire woodlands - as he has believed to have been since he went missing.

DCI Rob Hall released a statement on the strange case.

"For almost five years Ricardas’ disappearance has been a complete mystery. That was until we received information at the end of June which led us to finding him."

"There were genuine concerns Ricardas came to harm that evening."

"He did not return to work on Monday, September 28, 2015 as expected, but we now believe Ricardas made the decision to run away as he had been a victim of crime, having previously been subject to exploitation."

"A team of investigators worked tirelessly following up a number of inquiries, none leading to the discovery of Ricardas. That was until we received information that Ricardas may have been alive and still in the Wisbech area."

"Following a search of wooded area in Harecroft Road, Ricardas was eventually found living in undergrowth, very well concealed after having deliberately hidden and having not spoken with anyone for some time."

Yes, you read that right.

The missing man had been living, unknown to everyone, in the woods, for 5 years.

"We made the decision not to publicly announce we had found Ricardas alive."

"Until now - in order to protect him and put safeguarding measures in place."

This statement has left many feeling confused.

It seems the mystery is still a long way off being solved.

"He is safe and we are working very closely with him to ensure he remains safe."

"But also to ensure he gets the support he needs after having lived through extremely difficult circumstances during the last five or more years."

The world is left with more questions than answers.

Though we do hope to have this whole story made clearer in the future! Want more mysterious content? Scroll on!