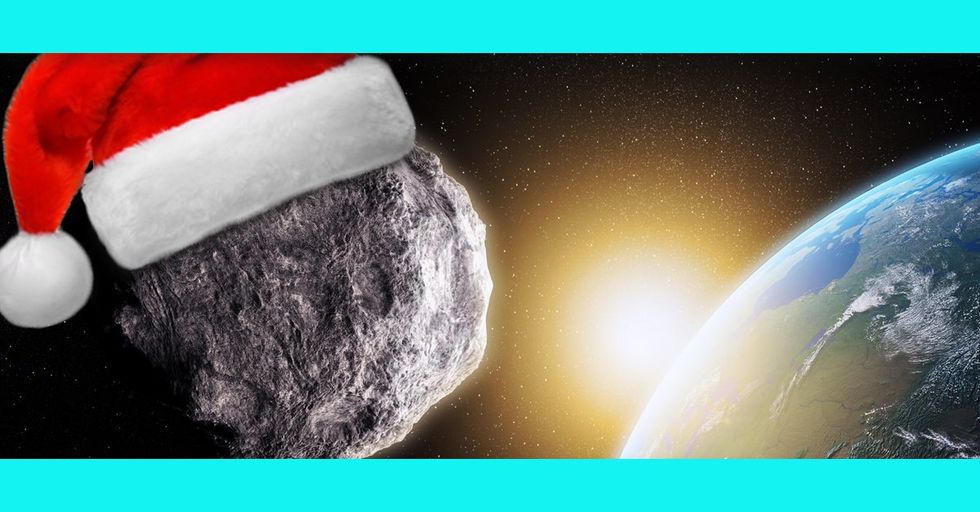 The world was supposed to end that day. Conspiracy theorists, foil hats and religious nuts everywhere loudly and stridently proclaimed the end of the world, and even internet denizens were on board with them, predicting a global internet meltdown termed Y2K.

The Y2K theory, as explained by Time, posited that computers worldwide would crash, causing mass hysteria and triggering the end times because, "many computers had been programmed to record dates using only the last two digits of every year, meaning that the year 2000 would register as the year 1900, totally screwing with the collective computerized mind."
The whole specter of Y2K was so frightening, one of my relatives preemptively hid in the bathtub with jugs of water and canned food, because she was sure that was what we would need when the clock struck 12 and that fateful hour came to pass.
Fortunately, the end of times scenario predicted by hackers and the like did not happen. Except for a few blackouts and some "problems in data-transmission systems" in a few Japanese power plants, the aughts arrived with barely more than a hiccup.
Unfortunately, Y2K wasn't the only doomsday scenario we've had to encounter recently. There was also 2012 – remember that? – the day the world would purportedly end, according to the Mayan calendar. That too came and went without incident, although we got a lovely movie to hate-watch out of it.
The point is, human beings are fascinated with thoughts of the end of the world. Life is fleeting, and the idea that our species might perish in a singular extinction event is one, apparently, that frightens the bejesus out of people. This Christmas Day, one such extinction event very nearly happened – and nobody even knew about it.
On Christmas Day, NASA spotted an asteroid named (in appropriately apocalyptic fashion) 2017 YZ4. The asteroid, which was apparently the size of a bus, missed earth by only 140,000 miles (224,000km) on Thursday.

By comparison, the moon is 238,000 miles (384,000km) away. Even worse, the asteroid was traveling "approximately 21,000mph (34,000kph) - 16 times faster than a rifle bullet, covering the distance between London and New York in roughly 10 minutes." So basically, it just missed us.
Why is this so bad, you ask? Well, the asteroid that is theorized to have led to the extinction of the dinosaurs was 9.3 miles wide and "delivered an estimated energy of 10 billion Hiroshima A-bombs," which created a megatsunami from Mexico to Texas and Florida.
It also set off a chain of earthquakes and volcanos, whose resulting ash and sediment blocked the sun for a decade, cooling the earth, creating toxic gases and an environment completely hostile to life.
The good news, however, is that asteroids that pass near earth are relatively common and do so without ever creating problems for humans. 2017 YZ4 is the 52nd comet to skim past earth this year, and with any luck, we will continue surviving such close calls for millennia to come. But still, we totally just almost died as a species. Just sayin.