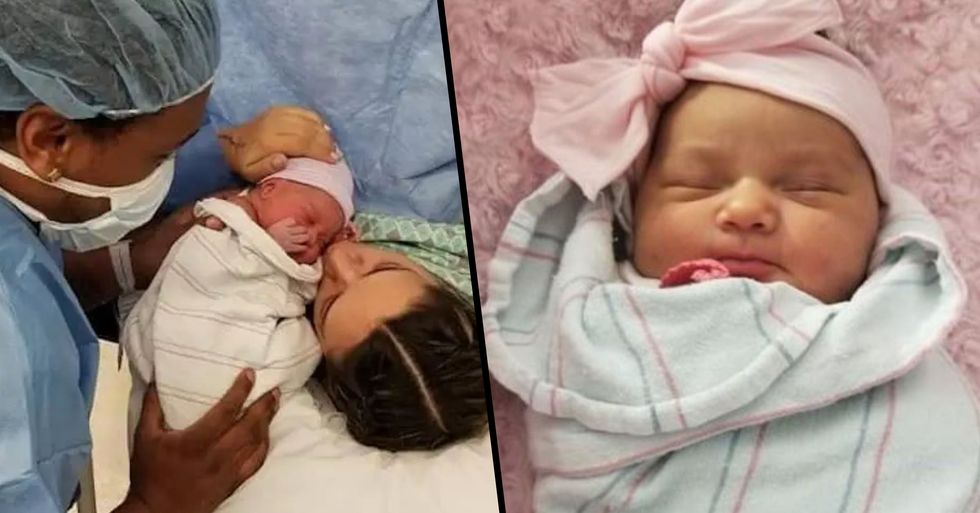 It's everyone's worst nightmare... having surgery without any anesthesia.

But for one mom, this was a terrifying reality.

She is now suing the California hospital after they performed an emergency C-section without anesthesia, so keep scrolling to find out more...

But many parents find that the arrival of their baby isn't exactly smooth sailing...

And emergency C-sections are performed as a last resort to get the baby out safely.

An emergency C-section is always stressful...

But parents are assured that there will be no pain involved and the safety of their baby is a top priority.

Of course, the thought of having an incision made in your stomach whilst you're awake is daunting...

But luckily for modern-day medicine, anesthesiologists are on hand to make sure we don't feel a thing.

But one mom from California had the C-section from hell back in 2018.

Delphina Mota and her fiancé, Paul Iheanachor, walked into the Tri-City Medical Center in Oceanside, California, on the morning of November 15th, 2018. She was more than forty-one weeks pregnant at the time and they expected labor to be induced.

Delphina was in labor for most of the evening...

But at 5 am the following day, things took a turn for the worst when doctors couldn't pick up the baby's heartbeat. Their doctor, Sandra Lopez, had no choice but to call for an emergency C-section.

Everything seemed normal in preparation for the surgery...

In an interview with BuzzFeed News, the couple said that just before the surgery, the doctor appeared to rub something on Delphina's skin, which they assumed was some sort of topical local anesthetic.

The nurses and doctors seemed to be stressed...

"Nurses came in and the doctor came in as well, and I just remember them ripping all the wires from me," she said. "I heard them say that they had called the anesthesiologist numerous times but got no response."

Delphina recalls telling the nurses that she felt her epidural was wearing off...

But as soon as the first incision was made...

The mom felt everything.

The distressed mom remembers being held down by nurses...

"I started screaming and I remember passing out," Delphina explained. "They had to hold me down because my whole body was feeling this pain."

Even though the couple's baby girl arrived safely, Delphina went on to sue the hospital for this barbaric treatment.

In the doctor's "Operative Report," quoted in the complaint, Sandra Lopez stated that she made the incision without anesthesia and separated Mota's abdomen muscles to reach her uterus before the anesthesiologist walked into the room.

The distressed mom repeatedly asked the doctor to stop cutting her...

"Delphina was crying and screaming at the top of her lungs, that she could feel everything that was happening and was also pleading for help, and for Defendants to stop cutting her," until she passed out, according to the complaint.

The suit alleges that Delphina's fiancé could hear her from the hallway...

He recalled to the Los Angeles Times, "I heard the screams, the horrific screams. That’s when I realized they were cutting her without anesthesia." It is understood that there was no time for the anesthesia in order to get the baby out of Delphina's womb safely, but there should have been better precautions in place for an event of this scale.

It was suggested that this incident came from a lack of communication between the doctor and the anesthesiologist...

A spokesperson for the medical center said in a statement, "Patient safety and quality are the utmost priorities for Tri-City Medical Center and all of our partners. Tri-City Healthcare District cannot comment further on pending litigation."

Make sure to stay posted for further updates on this story.