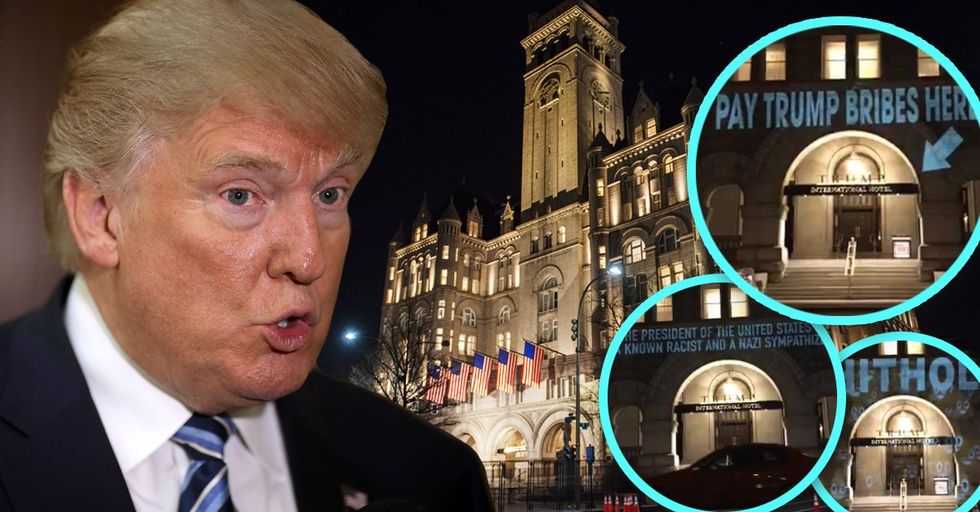 Last week, Donald Trump unleashed a global furor when he called countries in the Caribbean, South America, and Africa sh*thole countries. The comments came in response to a meeting on immigration reform, during which the Commander in Chief opined that Nigerians live in "huts," Haitians "all have AIDS,"  and that we should attract more immigration from countries like Norway.

Norwegians, for the record, are fine, thanks.

Norwegian couple declines Donald Trump's invitation to move to the US, gives the top 10 reasons why that would be a… https://t.co/KkBnPGp9iK
— Strictly (@Strictly)1515968217.0

In fact, a politician representing Norway’s Conservative Party, Torbjoern Saetre, tweeted, "On behalf of Norway: Thanks, but no thanks."

Trump tried to backtrack on the comments, saying that while he used very strong language, he did not, in fact, utter the fated word. Other politicians, however, have confirmed that he did.

In the aftermath, many countries have condemned him for his words. In fact, numerous ambassadors from the mentioned regions including Haiti, Nigeria, South Africa and Ghana have summoned US officials to explain the remarks.
All across social media, people have also been been protesting Trump's remarks, pushing back against the designation of their countries as "sh*tholes."

Africa is the literal birth place of humanity. Africa's wealth and beauty is greater than anything Donald Trump could ever comprehend. #shithole_countries

Proud to be an immigrant from one of these #shithole_countries

As an American citizen, if I were to try to emigrate and move to Canada, do you think they would reject me because I come from a shithole country? #shithole_countries #ShitholePresident #TrumpIsUnfit

Hey, Christians defending @realDonaldTrump! Remember that Sunday School song about how God loves all the children of the world? Yeah. That's true. There are no #shithole_countries.

As a proud immigrant to this country, I stand with all the “shithole" countries and their wonderful people. This stable genius is the only shithole and a disgrace to all of humanity #shithole_countries

Africans are unique, Africans are intelligent Africans are dignify Africans are great And Africa, as a continent is an equal in the world order. we are not #shithole_countries https://t.co/7pTLrbT3vu

Now, one – or many – other protestors are getting in the game. And by getting in the game, I mean they're projecting the word "sh*thole" onto the front entrance of the Trump International Hotel in Washington, DC.
As CNN reports, these villainous villains seem to have a sense of humor. " 'Not a DC resident? Need a place to stay? Try our shithole,' the projections read, with grinning poop emojis scattering the bricks of the Trump International Hotel, formerly the Old Post Office building."
People across social media, of course, have been having a ball with the projections. Many applauded the move for sticking it to the man (by the man, of course, we mean Trump).

The word “shithole" is being projected onto Trump’s DC hotel.#ShitholePresident (via @funder)https://t.co/KgoTTWkhO3 — The Hummingbird ? (@SaysHummingbird) January 14, 2018

Whoever is projecting shithole onto Trumps DC hotel, your Pulitzer is on its way. pic.twitter.com/LEQ3XYuaWc

Someone appears to be projecting the word “Shithole" on Trump’s DC hotel (the one foreign governments use to curry favor with him by putting money in his pocket).https://t.co/K6dTGpgaQp pic.twitter.com/TZrGdi3hsa

But the question is, who is this mysterious masked bandit? After all, there are lots of people who despise Trump. Entire continents, now that he's insulted them.

Could it be his political opponents? A Republican senator gone rogue? One of his many sexual assault accuser? The answer, as it turns out, is way more benign. Robin Bell, a Washington-based activist has taken credit for the protest. Well played, Bell, well played.

Bell has done many other multimedia-based protests before. As CNN notes, Bell has made "similar anti-Trump projections onto the hotel, including one that said, 'Experts agree: Trump is a pig,' and another that said, 'Pay Trump bribes here.'"