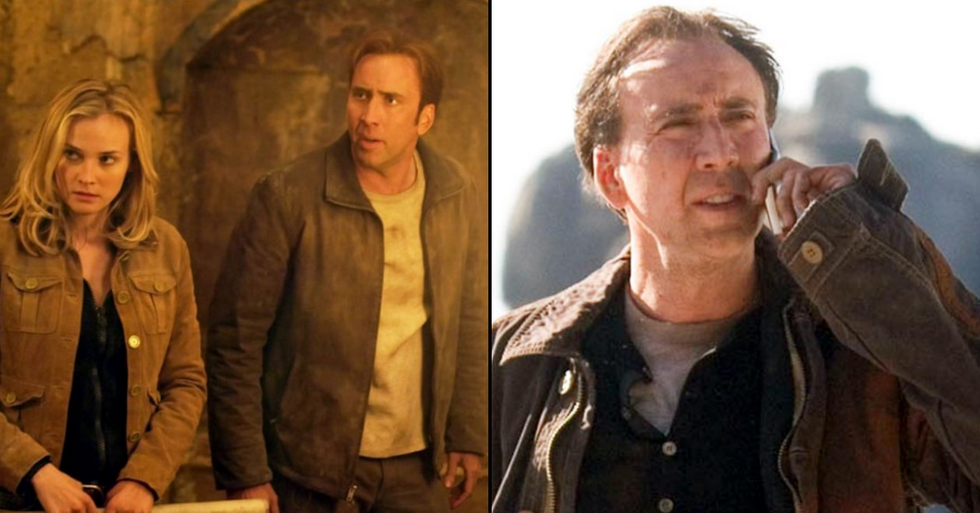 A 'National Treasure' TV Series Is in the Works at Disney

Today it has been revealed that a TV series of the cult favorite movie franchise National Treasure will be hitting Disney +.

And that's not even the best part of the news. Keep scrolling for all the details...

And, let's be honest, there's a huge slate of content to choose from...

Oh, and who can forget?

There's tons of Marvel movies to get our teeth into too!

But now it seems there's going to be a new addition to the streaming site...

Remember Nicolas Cage's National Treasure? Well, it looks like a TV series of the cult movie is heading to the site. Keep scrolling for all the details.

The first movie hit screens back in 2003.

The flick chronicles the antics of treasure hunter, Benjamin Gates (Nicolas Cage) as he uncovers hidden troves and secrets from U.S. history.

The flick proved to be a hit among its cult following.

And subsequently, in 2007, Cage reprised his infamous role in the second movie, National Treasure: Book of Secrets.

But it seems we've far from waved goodbye to the action-packed franchise.

It looks like it will be returning to our screens once again.

Jerry Bruckheimer, a producer on the 2 National Treasure movies, revealed the news today.

Bruckheimer confirmed that the history-hunting franchise is heading for the small screen.

"The television version is in process," he said. "We have, I think, a pilot script done and an outline of the future episodes."

National Treasure 3 will be written with the "same cast" as the first 2 movies.

While the TV series will be based on the same concept as the movies but with a "much younger cast."

"Hopefully, they'll both come together and we'll bring you another National Treasure, but they're both very active."

We don't have any idea about when both of these projects will land as it seems things are very much still in the early stages. But, nevertheless, we're very excited by the news. Speaking of Nicolas Cage the star will also be busy taking on the role of Tiger King's Joe Exotic. Yep, really... Keep scrolling for the full story.