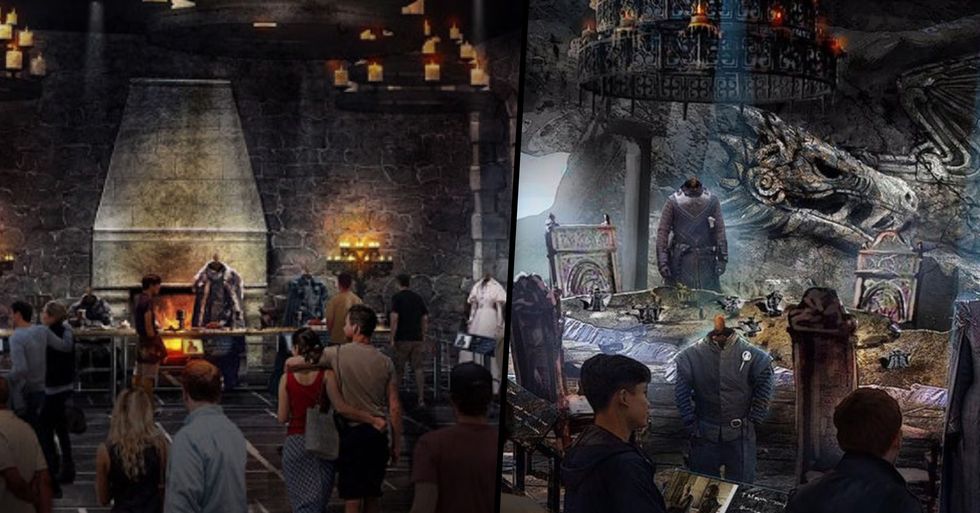 A New $32 Million 'Game of Thrones' Attraction Is Opening

Ever since Game of Thrones started, people have been eager to explore the places and scenes depicted in the show. Well now, HBO has announced an official GOT attraction.

They've just revealed the first pictures of what fans can expect to see, and it looks incredible...

The dedication that showrunners put into creating believable settings and well-rounded characters (and seemingly hundreds of them) made the fantasy seem oddly believable.

Game of Thrones was based on a series of fantasy novels called A Song of Ice & Fire, by esteemed writer, George R.R. Martin.

That is, until season 8.

Angry Game of Throners created a petition to "Remake Game of Thrones Season 8 with competent writers," which picked up more than 1.7 million signatures.

There was no new Game of Thrones content to keep us going. It was all over, forever.

And though there was promise of a multitude of spin-offs ...

It seems as though even they have fallen by the wayside. So what's a Game of Thrones fan to do?

One thing that made the original show so great has to be the locations.

The different settings really brought Westeros to life - and weren't bad to look at, either.

Which gave HBO an incredible idea...

To let fans venture through the same locations they grew to love from the show.

And as you could probably expect...

Fans are feeling very excited about the prospect.

The $32m Game of Thrones attraction has been given the all-clear to start building.

Fans will be able to stroll through some of their favourite places, with sets including Winterfell, Dragonstone castle's Throne Room, and Cersei's Courtyard in King's Landing. To name a few.

The attraction doesn't have an opening date, but planning has gotten underway.

It'll be set inside the Linen Mill Studios in Banbridge, in Northern Ireland, and will feature costumes and props from the show as well as "deeply immersive experiences."

There'll even be a "makeup and prosthetics shop."

Not only that, but expect some behind-the-scenes secrets to be revealed, that only the cast and crew know about.

"Linen Mill Studios is thrilled, in partnership with HBO, to have this opportunity to offer fans a unique insight into the making of the Game of Thrones series in the authentic setting of one of its foremost filming locations."

"We are committed to giving fans the opportunity to experience firsthand the most comprehensive selection of iconic elements from the show available anywhere in the world."

Jeff Peters, HBO vice president of licensing, added: "It is our sincere pleasure to announce the first attraction from the Game of Thrones Legacy project in Northern Ireland.

"Some of the most iconic scenes from Game of Thrones were filmed at Linen Mill Studios and our fans will soon have an opportunity to visit and see the work of the show's incredible crew in the museum setting it deserves."

We can't wait! You can keep up to date with all the new developments here. Keep scrolling for more tourist attractions, and find out how you can stay at Harry Potter's childhood home...