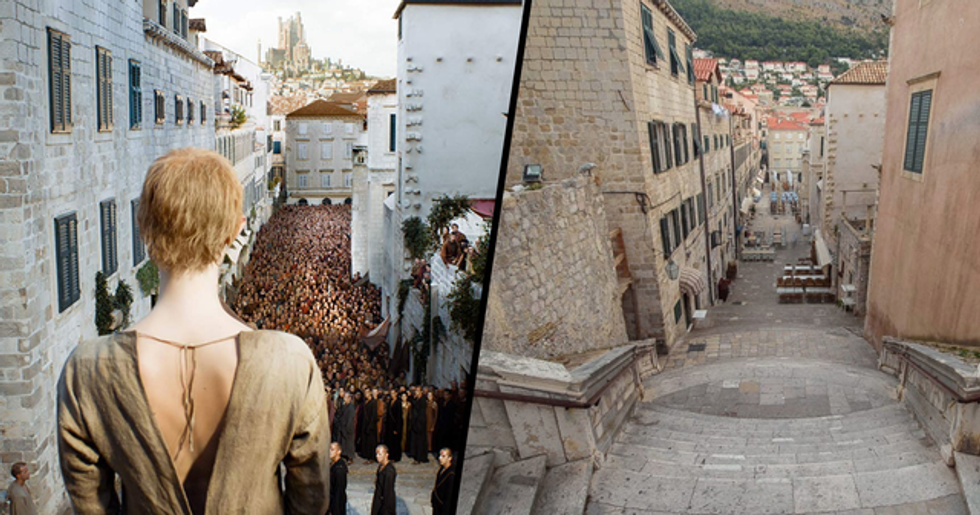 Since it ended, many prequels have been announced - but hopes have so far been dashed, as the main one has already been canceled. But now fans eager for more GoT content can rejoice. A cruise company has created a trip based entirely around the show's beautiful locations - and it looks absolutely incredible.

The dedication that showrunners put into creating believable settings and well-rounded characters (and seemingly hundreds of them) made the fantasy seem oddly believable.

Game of Thrones was based on a series of fantasy novels called A Song of Ice & Fire, by esteemed writer, George R.R. Martin.

That is, until season 8.

Angry Game of Throners created a petition to "Remake Game of Thrones Season 8 with competent writers," which picked up more than 1.7 million signatures.

There was no new Game of Thrones content to keep us going. It was all over, forever.

And though there was promise of a multitude of spin-offs ...

It seems as though even they have fallen by the wayside. So what's a Game of Thrones fan to do?

One thing that made the original show so great has to be the locations.

The different settings really brought Westeros to life - and weren't bad to look at, either.

And it seems this gave one company an idea.

via: Cruise of Thrones

Cruise of Thrones has created a trip all-around your favorite show locations - and it looks super beautiful.

And as you could probably expect ...

Fans are feeling very excited about the prospect.

But you may also be wondering...

Where, exactly, does this cruise go? Well, we've got the full list - and we promise, it doesn't disappoint.

So let's kick-off, shall we?

The cruise starts in Iceland - a country with no shortage of natural beauty. The majority of Icelandic locations took place north of The Wall.

Or, as Game of Thrones fans may call it, the Fist of the First Men.

Next is the Fjadrargljufur valley.

You may recognize this as the location of the Bloody Gate - and that infamous Arya laughter scene.

And for the romantically inclined?

You can even take a trip into John and Ygritte's infamous cave.

The next location is Ireland.

Where there are a ton more amazing Game of Thrones filming locations for fans to enjoy.

Like, for example, perhaps the most iconic location of all.

The Wall. Although let's face it, it probably doesn't look quite so majestic in real life.

These places are super pretty.

Hardhome, Pyke, and Castle Black are all part of the Irish tour segment.

And perhaps the most stunning?

Dark Hedges - which any Westeros fan will know better as the King's Road.

Or, as Game of Thrones fans know it, Dorne. It's home to a ton of iconic locations, including the Citadel.

Sunspear (also known as the Patio de las Doncellas at the Palace of Alcazar) looks almost identical in real life.

The grounds are particularly stunning.

Fans will also get to see the real-life Long Bridge of Volantis.

After Spain, the cruise moves to Malta.

In early seasons, this was the setting of King's Landing - in particular, the ancient city of Mdina.

The natural beauty is also stunning.

This rock formation, known as the Azure Window, is also a stop on the cruise.

The next place is Dubrovnik, Croatia.

Here's the place fans will probably recognize as King's Landing, as it served the purpose for the majority of the series.

And the locations are just as stunning in real life.

And who could forget?

Those iconic scenes in which Cersei had to walk naked through the streets of the old town were also shot here.

Packages for the cruises begin at $5,130 per person.

"We imagined and developed an experience like nothing you've ever seen before," says organizer Lynette Durovic. You can say that again! Want to see more iconic film locations in real life? Well, believe it or not, Harry Potter's childhood home is on Airbnb! Keep scrolling to see inside.