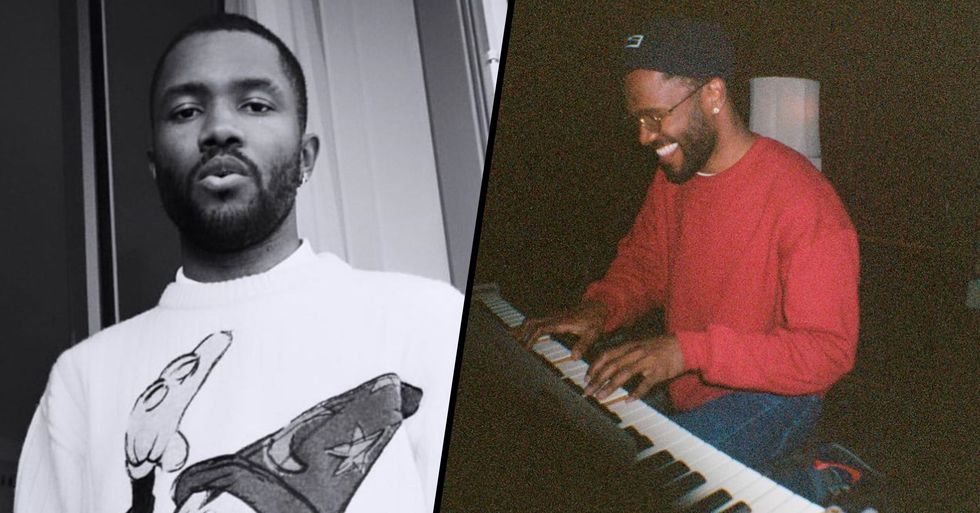 Frank Ocean has firmly cemented his self as one of hip hop's few unique creative forces - and racking up the huge fanbase to show for it.

4 years on from the release of his second studio album, Blond,  it looks like we're in for some new music...

Keeps scrolling for all the details on the exciting news.

Frank Ocean burst onto the music scene nearly a decade ago.

Things began to really ramp up when he joined the hip-hop collective, Odd Future in 2008.

The star delivered hit after hit, and that was certainly no exception when it came to his second studio album.

But, since the release of Blond...

Things have been fairly scarce on the music front.

There doesn't appear to be any signs of a new album yet.

But the star has been releasing singles.

But now, the wait for new music appears to be over.

Last year, Ocean previewed an Arca remix of an unreleased track called “Little Demon." At the time, the hitmaker also launched a pre-order for the 7" vinyl edition of the song.

But those who pre-ordered the vinyl received an unexpected email this week...

A fan tweeted out a screenshot of an email from Ocean’s Blonded.co, revealing that “Little Demon" will not be included on the vinyl.

The email states there will be “a new, unreleased Frank Ocean song." Keep scrolling to take a look at the email for yourself.

There's a massive downside, however.

The email contained no details as to when the new track would be released.

But it's still exciting to know that we've got some new music to look forward to.

Let's just hope we aren't waiting too long! The track is yet to be unveiled, so stay tuned for updates. Eminem recently released new music, although one of the tracks is causing a serious stir. Keep scrolling for the full story...