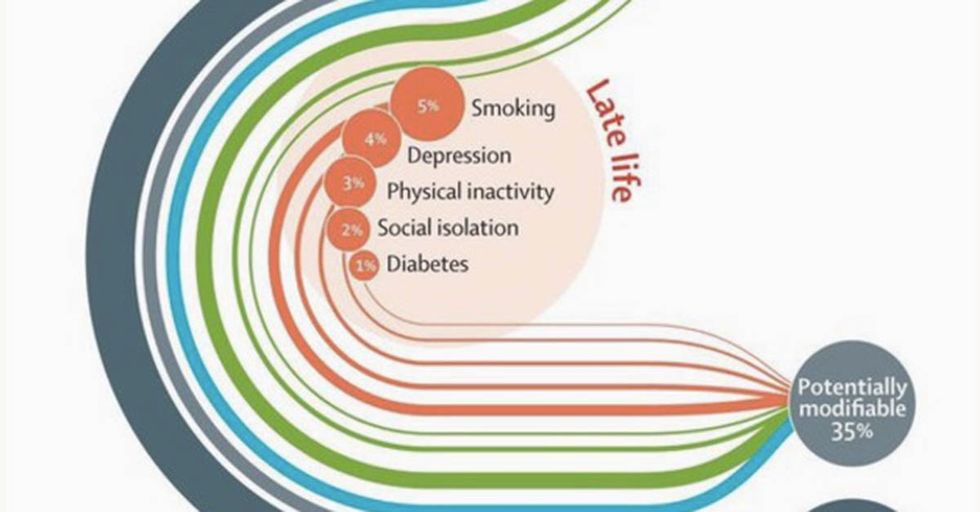 For many who haven't been close to the ravages of dementia in a loved one, it's been easy to overlook the hardships it brings when compared to other diseases like cancer.

But for those who have been affected by it, working to find a way to minimize its effects is of paramount importance.

Hope is closer than it was just a few days ago as researchers have shared nine things people can do to fight off dementia later in life.

As you can see from this figure, it's an epidemic, and only going to get worse as more of the world's population ages.

Here's one chart from the study that shows exercise is of paramount importance.

Even if it wasn't a weapon against dementia, it helps fight so many other issues later in life.

There are a number of social aspects that can lead to dementia. Those who live in isolation are more likely to be afflicted.

As you can see, this isn't revolutionary stuff.

But the science says it works, so there's no reason not to focus on education, physical activity, and social contact.

One more reason not to drop out of school.

This correlation undoubtedly will come as a surprise to most people.

But the hearing loss issues come back to the social isolation trigger that was mentioned above.

Fascinating. And if you see someone suffering from hearing loss, help them or assist them in finding help. They probably don't know this is an effect.

Here are all nine factors.

Note that they add to the risk of dementia at different points in life.

If you're not close to dementia, you can still help increase awareness and discussion.

Don't undersell the power in doing so. Until people take it seriously, the science to save those afflicted will suffer.