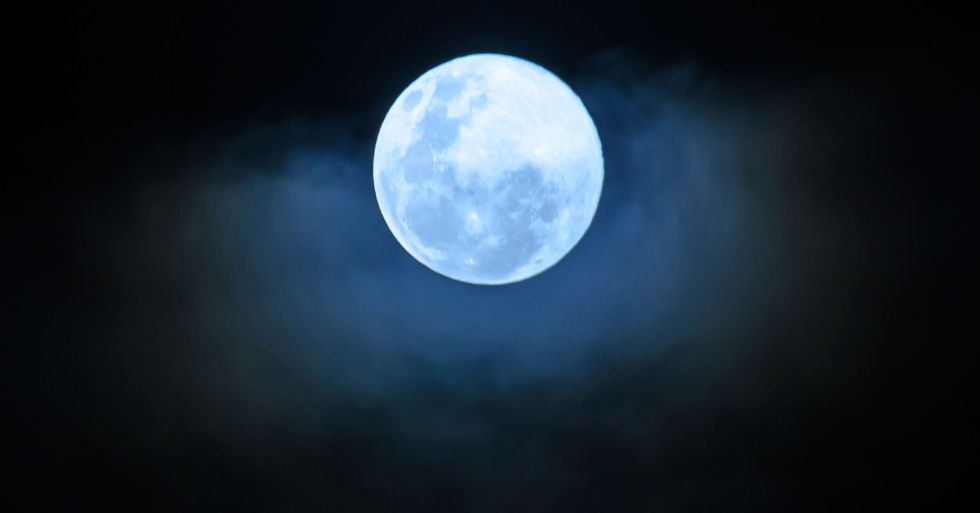 A Rare Blue Moon Will Light up the Sky This Halloween

This Halloween, we are in for a treat as there will be a beautiful sight to be seen. And even better, you'll be able to see it from your own home.

Keep reading to how you can see this rare blue moon for yourself. You're not going to want to miss this one!

As there's a pretty exciting event happening this year.

A super-rare blue moon will hit this Halloween.

And it will be pretty hard to miss.

So, what is a blue moon exactly?

Well, it's actually got nothing to do with the color.

It's actually to do with the time of year.

A blue moon refers to a second full moon happening in a single month.

Because this year we get 13 full moons.

And the month with two moons?

October - giving us the blue moon over Halloween!

And while it's supposedly unlikely to actually be blue, it's also not impossible!

Dust particles in the sky at that time of year could make it happen.

So any volcanic eruptions around October could have an impact on the moon's color.

We've had an impressive year of moons already.

April's was to be the biggest and brightest out of the trio.

Keep your eyes on the skies.

And the best moon month?

Well, October both starts and ends with a full moon. Spooky!

Many are excited about the phenomena.

It really is a culmination of exciting spooky activity.

Although some have had another reaction.

Fear! What does it all mean?

October is going to be a true pinnacle of lunar activity.

Although some have said this.

Either way, it's not to be missed.

These sorts of things only happen once ... in a blue moon!

And as for the next blue moon?