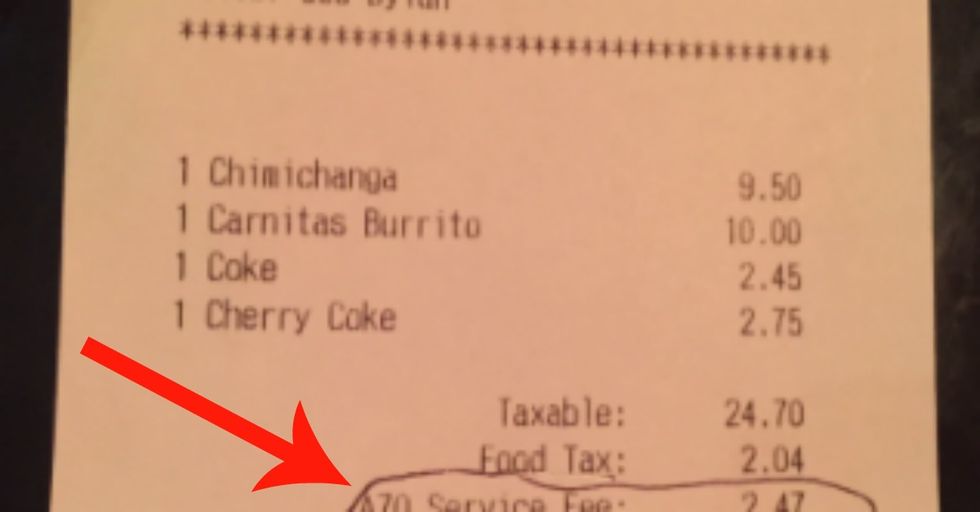 This Restaurant's New Fee Is Causing a LOT of Controversy

If you go out to eat at Corona's Mexican Grill in Bloomfield, Colorado, be prepared to pay even more for your meal.

Because they now have an additional charge on customers' bills: the "A70 Service Fee," a reference to a new law that's raising the state's minimum wage.

Most restaurants would absorb the cost into its menu prices, but not general manager Lilith Marquez, who said that she wanted customers to "know where the increase on their bills came from."

"We want to let you know you're going to be charged this fee," she said. "There's nothing we want to hide." Corona's management estimates Amendment 70 will cost $185,000 this year at their three locations. It's a cost now partially paid — directly, and transparently — by customers, who aren't happy.

"It seemed like it was kind of excessive to have to charge an extra 10 percent, just to come up with an extra dollar per hour for the employees," said customer Chris Blakely.

Marquez said if the increase wasn't made, however, they would have been forced to close the place and that the restaurant will replace the fee with higher menu prices across the board next month.

It might be too little too late though, as on customer tweeted out his receipt and implied that the restaurant doesn't want to pay its employee's fair wages.

This could theoretically happen anywhere, and brings up an important discussion about minimum wage. Do you think that the federal minimum wage should be raised?