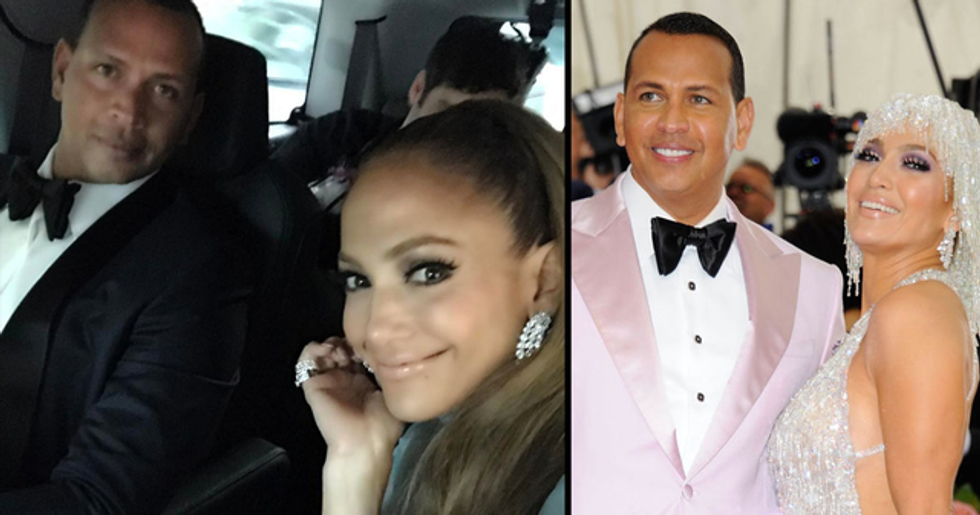 Over the years, aside from her gifts to the entertainment industry, J-Lo has been constantly in the headlines for something else - her tumultuous love life. She's been part of a whole host of high-profile relationships - but her current squeeze, baseball star, Alex Rodriguez, is certainly up in her good books right now.

For her milestone birthday, A-Rod dropped a cool $120,000 on his wife-to-be - and she looks pretty pleased with herself.

Following this divorce was her first of a string of power-couple pairings.

So quickly, in fact, that the two married in June of the very same year. Anthony already had a pretty illustrious career in the music industry at the time.

People were pretty excited about the match.

Not least because the two shared matching celebrity nicknames. A-Rod and J-Lo - a match made in heaven!

Because they became engaged in March 2019 - and posted this incredibly cute Instagram picture to prove it.

And it wasn't just any birthday. Believe it or not, the star was turning fifty years old. That's half a century! We just have one question: how?

She posted some pictures of her celebrations on Instagram.

And it looked just as decadent and glamorous as we'd have expected from J-Lo. We guess our invitation got lost in the mail?

And, of course, Rodriguez was firmly in attendance, partying right alongside his wife-to-be.

But there's one thing that we don't envy A-Rod for.

After such a long list of husbands and boyfriends, we bet that Lopez has become accustomed to a certain level of birthday treatment - including getting exceptionally spoiled.

And, on top of that, J-Lo is no stranger to luxury.

Although she claims that she's still "Jenny from the block," she also reminds everyone of the "rocks that she's got." So how do you buy gifts for the woman who has everything?

Well, A-Rod stepped up to the plate.

The gift in question?

A red 2019 Porsche 911 GTS. And it seems like Lopez was suitably thrilled with the gift, orchestrating a full photoshoot to celebrate her new ride.

Here she is in that very whip.

The flash vehicle boasts 450 horsepower, and Rodriguez presented it to Lopez wrapped with a flashy gold bow. And, if you're still in awe of how J-Lo looks so amazing at fifty, keep on scrolling for her biggest secrets.
20%