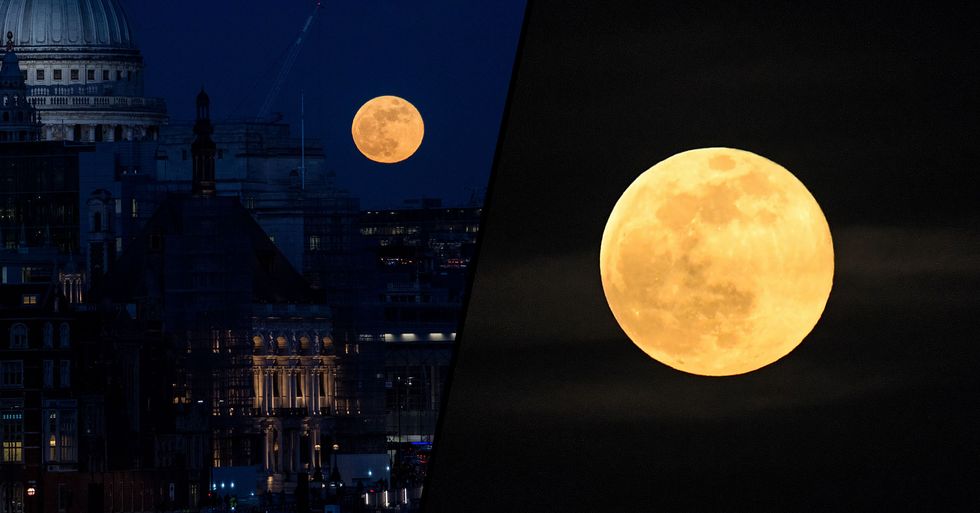 A 'Spectacularly Bright' Supermoon Will Light up the Skies Tonight

And tonight, the skies are set to light up with something truly magical...

There's an exciting event happening in the skies tonight.

Well, actually, you didn't need any fancy equipment to catch this event - you just need to know what you're looking for.

It's not gonna be too hard to spot.

Because what you're looking out for is a rare "super moon," which looks exceptionally bright and big.

It's worth looking out for.

It's going to be the largest the moon has looked so far this year.

And, depending on where you are...

It could look up to 7 percent larger than usual!

So, how does this happen?

A super moon occurs when the full moon happens at the same time the moon's orbit is closest to earth.

And this does not happen very often.

Depending on where you are, a super moon can be 14 percent larger and 30 percent brighter than the moon is on a normal night.

You don't need a telescope to spot it.

But if you do fancy doing some stargazing?

Setting up your telescope means you can get an even more impressive view.

The full moon is happening from now until Wednesday.

But the fullest and brightest moment will be happening tonight!

Which is because it marks the time of year the worms come out from under the ground and to the surface.

And that's not the only exciting space news this year!

Each and every full moon of 2020 has a special name - and they're set to be big 'n' beautiful.

Obviously this occultation isn't the only moon action we get this year.

We're also set to have another super moon on April 7th. The skies are truly spoiling us.