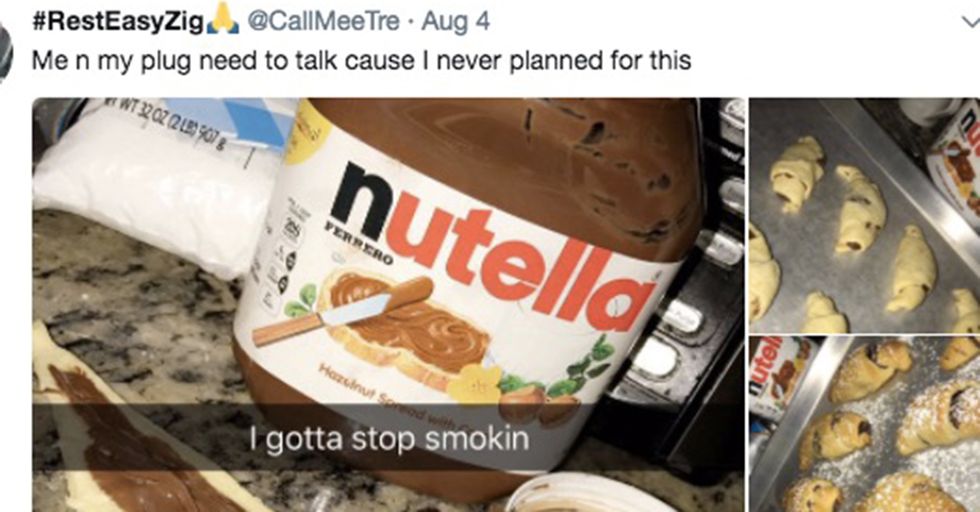 As marijuana becomes more accessible and more mainstream through medical applications and legal reform, the subject of the munchies has gotten a lot less taboo.

This piece is way less about weed itself and much more about the ridiculous, mouthwatering, and head-scratching creations that stoners have come up with in their moments of "enlightenment."

Take a look and get inspired!

A Twitter user kicked things off with this post of his latest recipe, which was kickstarted by a certain substance.

Ice cream and strawberries is a normal enough pairing, right?

Oh. It's in a CANTALOUPE BOWL!

Then there were, inevitably, some dishes that looked like the chef had gotten a little too indulgent with the weed.

Gross and no thank you.

Whoa! "Finding an apple" turns into this?

I want this stoner in my kitchen right now!

Well, someone up and invented "cake waffles."

I think that's known better as "diabetes" in most parts!

Fruits, grains, dairy...it's all there, folks!

Well, there might be a little too much sugar here, but it's a noble effort.

That is a pulled chicken quesadilla, and it looks otherworldly.

Feel free to take notes, use these as inspiration, and tweak them until they're the PERFECT FOOD.

Impaired or not, the people made some pretty tempting dishes. Imagine what they could do with a clear head!