A Tiger at Bronx Zoo Has Tested Positive | 22 Words 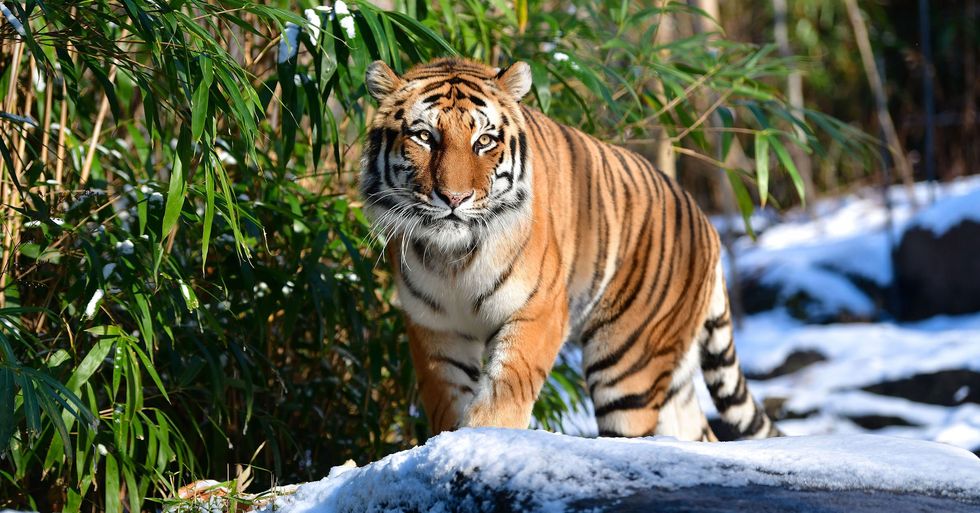 A Tiger at Bronx Zoo Has Tested Positive

This global panic has completely taken over the world, and the only peace of mind that people have been left with is that their beloved animals cannot contract the virus.

But news has just come in that a tiger at the Bronx Zoo has tested positive.

The global pandemic continues to hold the world in lockdown.

Since December 2019, the outbreak of the deadly virus has brought our world to a complete standstill.

And after it was confirmed that the virus had originated from the sale and consumption of wild animals, thoughts quickly turned towards our own furry friends.

Some of these virus strains are common in certain types of animals...

Back in February, reports came in that out of panic of catching the virus, owners in China threw their pets from rooftops.

It was earlier confirmed by experts that there has been no evidence at all to suggest that any animals, including pets, livestock, or wildlife, might be a source of COVID-19 infection.

But as the death rate of humans has rapidly risen over the last few months...

Shocking news has just come in about one of the residents at the Bronx Zoo in New York City.

A tiger housed at the Bronx Zoo has tested positive for the virus.

The tiger in question is a Malayan tiger named Nadia...

And the test used to test her was not the same one that tests humans.

It is currently unknown if Nadia was displaying any of the typical symptoms, which include a fever and a cough...

The diagnosis was confirmed by the USDA's National Veterinary Services Lab, and they confirmed that other animals of theirs that have shown symptoms of late, including 3 other tigers and 4 lions, which have developed a dry cough.

The organization said that they feel confident that the big cats will go on to make a full recovery.

Nadia marks the first U.S-based animal case of the virus and the first case in a tiger anywhere in the world.

There have been rumors that a few dogs in China contracted the virus but there has been no evidence to prove this.

But it seems that Nadia's diagnosis was slightly misleading for some...

And the Bronx Zoo had to issue a Tweet to tell people that they cannot send human samples to their veterinary laboratory.

A morning moment of #ZooandAquariumZen brought to you by our Malayan tigers going for a swim. Enjoy! https://t.co/PgWh7rBgei
— Bronx Zoo (@Bronx Zoo)1585660775.0

And in the meantime, keep scrolling to learn about P!nk's recent diagnosis...