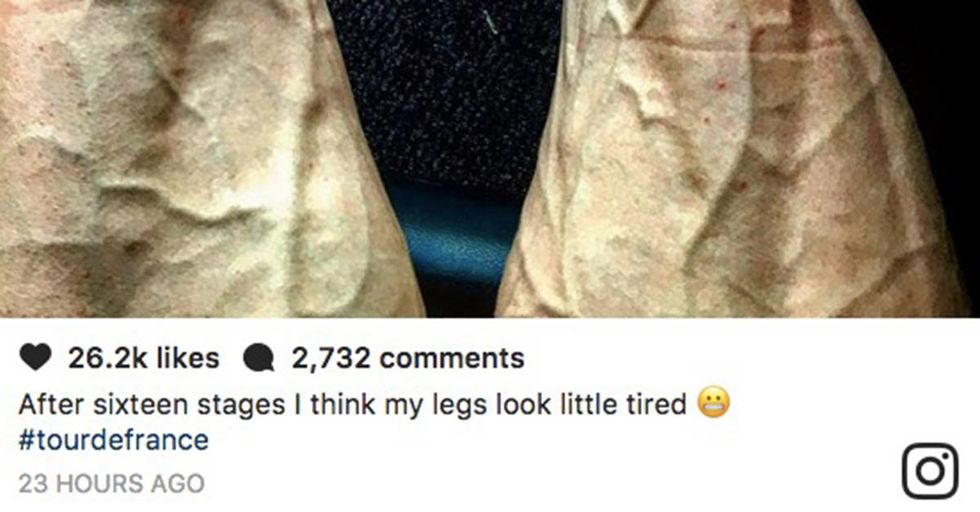 The Tour de France is a bike race that lasts for almost a month and covers over a thousand miles. No one's saying it's easy. But you'll be shocked at the toll it takes on a rider's body after you see the pics one racer posts.

Polish cyclist Pawel Poljanski took to Instagram to show the world what his legs looked like after a grueling stage (the sixteenth) of the famed bike race.

People hadn't seen anything like this before...and were certainly taken aback!

The veiny-look comes from the intense buildup of lactic acid in the legs while they're working so hard.

Yeah, his legs do look a little like dried tobacco.

If you're wondering about the caramel color? That's just the sun hitting the tops of his legs for hours per day. That's why his knees are brown. That's pretty crazy, too, right?

What's also bizarre: This isn't out of the ordinary.

It seems that this is common in the world of competitive cycling. This tweet has the science behind the veiny appearance.

They barely look human, but that should make sense.

I mean, what these guys manage to do every July is barely human to begin with. They might as well have the legs to match.