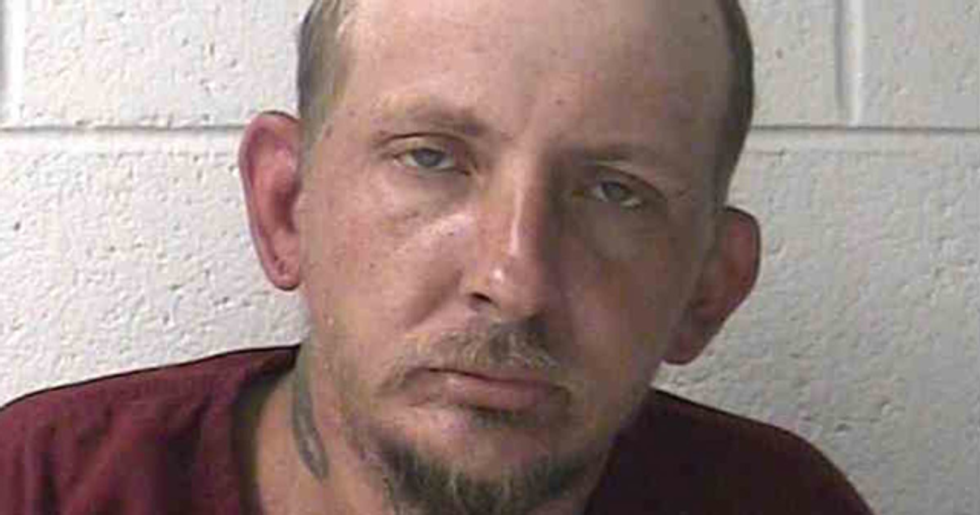 Tupac Shakur is alive and well... And he has been living out his days as a white man in Tennessee, apparently.

But Tupac hasn't been keeping too low of a profile, because he has recently been arrested for aggravated assault, resisting arrest, simple possession of methamphetamine and having unlawful drug paraphernalia. News of his arrest hit the headlines and, with the internet been the internet, the Tupac jokes began flooding in thick and fast.

Keep scrolling for the full story, and to see the internet's brilliant response to white Tupac's arrest...

Tupac Shakur was brutally murdered in the 1990s.

The musician was embroiled in a feud between East Coast and West Coast rappers and was murdered in a drive-by shooting in the September of 1996, leaving behind an influential musical legacy at the young age of twenty-five.

Many people believed that rival rapper, Biggie Smalls, was behind the murder of Tupac, as the rapper had believed he'd organized a prior shooting in which he had escaped unharmed a couple of months earlier. Biggie Smalls was murdered in a similar shooting just months later.

And, to this day, Tupac's murder remains unsolved.

Conspiracy theories have raged ever since Tupac was shot, as his murder has never been solved, with many fans speculating that Tupac faked his own death to get out of the gang wars.

Many different theories as to where Tupac could be hiding out have been brought forward. Though some believe he could be living out his days in Cuba. A 2010 interview with Treach, a fellow rapper and friend of Tupac, found him answering a supposedly off-the-record question of “Is Tupac really dead?" with a seemingly assured statement: “Last time I saw him he was in Cuba, man."

And, on top of these rumors...

Some people are convinced that the rapper is still alive.

But the most recent Tupac sighting is a bit confusing...

Because it's a white man from Tennessee.

Quite baffling but hey, we're living in 2019. Anything goes nowadays.

Okay, he may not be the Tupac we were all thinking of... But Tupac Amaru Shakur is legitimately his real name. Shakur was arrested on Saturday in Johnson City, Tennessee, after pulling a knife on police, according to a news release.

Shakur clearly hasn't been behaving since his rapping days.

And, since his highly-publicized arrest...

The internet has gone into a meltdown, with Tupac fans reeling in disbelief and hilarity at their favorite musician's name-sake.

This guy couldn't look less like Tupac if he tried.

Many pointed out that, despite the blatant fact that this guy isn't Tupac...

This guy's gangster behavior could well and truly make him the real Tupac. I feel so confused...

And there were plenty of lyric references...

Because of course there was.

And some noticed Pac's big error...

@JCPress Damn Pac went all out to change his identity after faking his death in Vegas. Although he did make the one… https://t.co/s9MxNZJkv9
— James Banicki (@James Banicki)1571625332.0

And some mixed him up with other rappers...

It can happen to anyone!

Though many simply noticed how haggard poor Pac looks nowadays.

Faking your own death is bound to take a toll on your appearance, right?

Though some of us are going to need more convincing...

I'm going to need to see a birth certificate to believe that this man is named after the rapping legend... Or maybe he is Tupac after all?